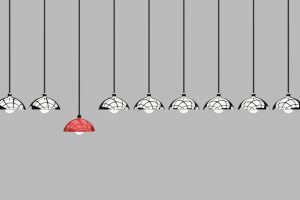 May 25, 2016 – Koller Search Partners (formerly the Howard-Sloan-Koller Group) has recruited Erin O’Mara as president of The Nation Co., LLC. The Nation’s former president, Teresa Stack, is stepping down to serve in a business advisory role for the next 16 months.

As president, Ms. O’Mara will be responsible for managing both the revenue and operating functions of the company, and growing the print and digital platforms for its media business as well as ancillary revenue streams. She will report directly to The Nation editor and publisher Katrina vanden Heuvel.

Ms. O’Mara has spent the bulk of her career in the magazine industry. Most recently, she served as managing director of Shain+Oringer, a publishing consulting firm. Before that, she served as vice president of consumer marketing at TV Guide and served in various roles at Wenner Media (publishers of Rolling Stone), Spin Magazine, Forbes, Playboy and Brant Publications.

“Erin brings a rare and relevant blend of work experiences and leadership skills to this position,” said Ms. Stack. “Her background building and monetizing audiences with diverse consumer media companies coupled with her more recent role broadly running a business like Shain+Oringer made her well-qualified for this position, where the changing media landscape requires forward thinking but where the continued commitment to the mission of The Nation must also be of paramount importance.”

“The team at Koller Search Partners was essential to finding the right person for this very unique role,” Ms. Stack said.

The Nation, one of the most prestigious and venerable names in American media, is America’s oldest and continuously published weekly magazine. It initiates progress through investigative journalism, challenging conventional wisdom and building a community that champions ideas, people and movements toward a better future.

Check Out These Related Articles On Searches for Presidents: