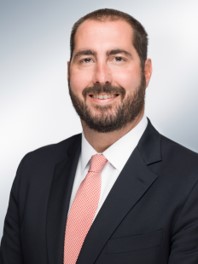 During his 13 years in executive search at DHR International and Jobplex, Steve has successfully managed hundreds of mid to senior level placements for Fortune 1000 clients, private equity groups and growth businesses nationally. Steve is known for listening to and seamlessly partnering with clients to serve as an extension of their business, as well as his ability to convert passive candidates quickly.

Steve has been instrumental in the growth and success of the Jobplex brand since 2011. Steve has a very strong research and operations background after rising through the ranks at DHR both domestically and internationally, serving in markets such as Chicago, London and St. Louis.

Prior to becoming Partner in 2011, Steve excelled as Executing Partner, where he worked alongside Chairman, David Hoffmann. Steve also served as senior associate and head of European internal recruiting based in London, UK. In this role, he was responsible for all recruitment, search execution, management, and training for the London and Paris offices. Steve began his career at DHR in 2005 in Chicago.

Prior to joining DHR International, Steve was a sales representative for Xerox in Chicago. He holds a BSBA from Indiana University, Kelley School of Business, where he received a degree in Marketing. He also attended St. Louis University, where he was a member of the Varsity Soccer team. He lives in St. Louis with his wife, Mackenzie, and their two children, Steve and Mimi.