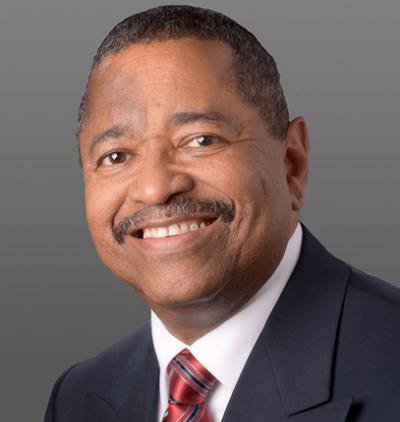 Dr. Roderick (Rod) J. McDavis became the Managing Principal of AGB Search on March 1, 2017 after serving as president of Ohio University for 13 years. Dr. McDavis is responsible for leading and managing all components of AGB Search including Executive Search, Interim Search, and Compensation Evaluation Service. In addition, he is responsible for developing new business opportunities for the firm and attending national higher education conferences to represent AGB Search. He also serves as an executive search consultant for some of the firm’s searches.

Dr. McDavis was the first African American president of Ohio University and only the second alumnus to lead the university during its 214-year history. His contributions included assisting in the development of the state of Ohio’s technology commercialization implementation plan, the state’s first guaranteed tuition plan – the Ohio Guarantee™ – and the first-of-its-kind performance-based funding model in the nation. He developed and implemented Ohio University’s comprehensive strategic plan and was instrumental in the success of The Promise Lives Campaign, which raised over half a billion dollars in support of students and programs.

Some of the initiatives that were started during his tenure include The Urban Scholar and Appalachian Scholar programs, The Interlink Alliance partnership, the Century Bond Debt Management Strategy, the Ohio Innovation Fund, and the expansion of the Heritage College of Osteopathic Medicine to new campuses in Dublin and Cleveland.

He has held various academic and administrative positions at the University of Florida, the University of Arkansas, Virginia Commonwealth University, and Ohio University.  Dr. McDavis served as chair of the Inter-University Council of Ohio, The Interlink Alliance, and the National Collegiate Athletic Association (NCAA) Division I Committee on Academics. He also was a member of the of NCAA Board of Governors, the NCAA Division I Board of Directors, and the Ohio Third Frontier Advisory Board.

Dr. McDavis was named the 2016 Alumnus of the Year by the Ohio University Alumni Association and he received the 2016 Diversity and Inclusion Medal of Excellence from Ohio University’s Office of Diversity and Inclusion. The Dublin Chamber of Commerce named Dr. McDavis the 2016 Business Person of the Year for his involvement in the creation of the Heritage College of Osteopathic Medicine on the Dublin campus. He received the University of Arkansas’ Silas Hunt Legacy Award in 2012, which recognizes African Americans for significant achievements and contributions to the community, the state, and the nation.