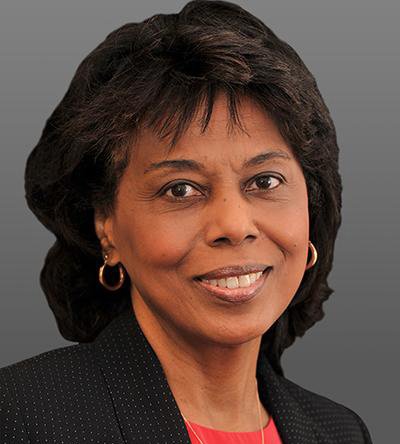 Janice S. Fitzgerald has been an AGB Search Consultant since 2011. Ms. Fitzgerald’s work for over 50 searches has focused upon public higher education leadership for universities, colleges, and community colleges and state system heads; most recently:

Ms. Fitzgerald served as Chief of Staff and Deputy Chancellor for the Minnesota State Colleges and Universities system from 2001 to 2011.  As a part of the senior policy team for the college and university system during that time, she worked closely with the system’s governing board, the chancellor, and college/university presidents on matters of policy, procedure, and practice systemwide.

Prior to joining the Minnesota State Colleges and Universities, Ms. Fitzgerald was the founding public relations and communications director for the State System of Higher Education in Pennsylvania.  She left that office as the Executive Deputy for the system. Ms. Fitzgerald was director of public relations and publications at Cheyney University of Pennsylvania and an assistant professor of English there. She also taught as a graduate assistant at Villanova University and Carnegie-Mellon University and has made presentations at numerous seminars, workshops, and conferences.

Ms. Fitzgerald has been recognized for academic and community honors, among them the National Association for Equal Opportunity Alumnus of the Year award.  In addition, the Education Writers Association has selected her for the EWA and Johnson Foundation Wingspread Seminars in Racine, Wisconsin.  Ms. Fitzgerald also has been recognized for organizational and crisis management skills.

Ms. Fitzgerald has contributed to the work of the Association of Institutions of Jewish Studies and was a founding member of the College and University Public Relations Association of Pennsylvania (CUPRAP). She served as secretary and vice president of the group and helped establish the CUPRAP Minorities in Communications Scholarship.  Ms. Fitzgerald has held membership in the Modern Language Association, Public Relations Society of America, the National Association of Women in Education, the Barbara Pym Society, and was a member of the state planning committee for the Pennsylvania American Council on Education-National Identification Program for Women.