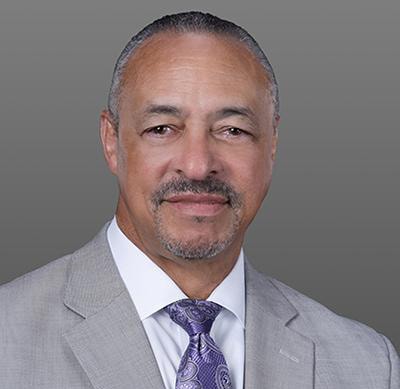 Carlton Brown Ed.D. joined AGB Search in 2017.  Dr. Brown is also a Senior Fellow for AGB Consulting focusing on Business Strategy.  He stepped down from the presidency of Clark Atlanta University (GA) in June 2015 after seven years of service preceded by one year as executive vice president and provost. He previously served as special assistant to the chancellor of the University System of Georgia for the implementation of system-wide change initiatives.

Dr. Brown’s first presidency was at Savannah State University, from 1997 to 2006. Previously, he spent 10 years in the administration of Hampton University as a dean of education, dean of liberal arts and education, and then dean of the graduate college and vice president for planning.

He has served on the boards of NAFEO, UNCF, the Holmes Group, and AACTE. He currently serves on the advisory board of the Epicenter at Stanford University and Momentus: a Sustainability Collaborative. In civic and professional service, Dr. Brown has served as the chair of the AACTE National Commission on Multicultural Education and the boards of the Youth Futures Authority in Savannah, the Savannah Economic Development Authority and   vice chair of the Hampton Virginia School Board.

Dr. Brown has completed international endeavors. He has served as the chair of the University Consortium for Liberia and initiated an economic summit for the Liberian Government in Atlanta and help an education and business summit in Liberia. He currently serves on the advisory board of the Osei TuTu Institute of Technology in Ghana and serves as an institutional and leadership consultant to the University of The Bahamas.

Dr. Brown holds a B.A. in English and American studies as well as an Ed.D. in Multicultural Education and Organizational Change, both from the University of Massachusetts at Amher