Menu
View our Events
Stay Connected:
Women over 55 have reached record numbers in the workforce, but too few are returning to top level roles, says a recent study by Korn Ferry. Instead, most are left to climb back up the corporate ladder. 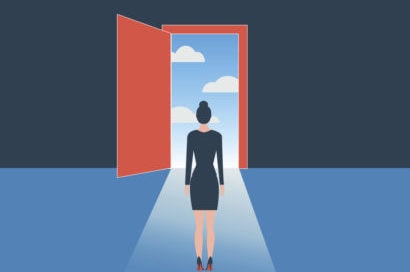 June 10, 2019 – A new family. A desire to travel. A need for change. Women quit their jobs for a variety of reasons, taking years — if not decades — off to focus on other important aspects of their lives. But that doesn’t mean they’ve put their careers on hold for good, as many women leave the workforce with the full intention of returning down the line.

The number of older women going back to work has seen a sharp uptick over the past year, growing more than other populations. And with organizations facing a global talent crunch, this is only good news for those in need of new recruits, according to a recent report by the Korn Ferry Institute. Yet it also creates a challenge: putting this returning workforce in the right jobs.

For leaders to leverage this talent in an increasingly ambiguous economy, they’ll need to be much more deliberate and structured in how they bring them on board. “It’s not necessarily new strategies and tactics,” said Shannon Hassler, a principal with Korn Ferry’s Advancing Women Worldwide team. “But it’s another level of intentionality that companies need to have to make sure these women aren’t falling through the cracks.”

Advancing Women to the C-Suite

Join Peggy at Next-Gen Leaders: Advancing Women to the C-Suite! Women business leaders are looking for fresh pathways to the top . . . to help them get there we will draw on her expertise as well as top HR, talent, recruitment, and C-suite leaders from other blue-chip brands, including IBM, The New York Times, Littlejohn, LinkedIn, Avaya, WarnerMedia Entertainment, Pfizer, PepsiCo, The Philadelphia Flyers, PayPal, and a host of others.

This winter, women over 55 years old accounted for more than 17 million workers, around a four percent uptick from that time last year, said Korn Ferry, citing figures from the U.S. Bureau of Labor Statistics. The share of working men over 55, on the other hand, only rose by about three percent over the past year, while the number of employed women across all age groups increased by less than two percent. What’s more, Labor Department statistics showed that the share of older women in the workforce has reached a record high in a decade: Earlier this year, women over age 55 made up 34.3 percent of the U.S. labor force; 10 years ago, that rate was 32.4 percent.

While there are exceptions, said Ms. Hassler, many women re-entering the labor pool often aren’t returning to top executive positions. Instead, they are more likely an individual contributor or middle manager, and have to work their way back up to upper management and the C-suitec—cand have fewer years than their younger coworkers to make that climb. “Even with women in the pipeline who haven’t taken a hiatus, there is a significant disconnect with them and critical pathway roles, relationships, and experiences,” Ms. Hassler said. “Those issues are compounded when you’re talking about women coming back to the workplace.”

To shift that outcome, leaders should ramp up efforts to expose those returning workers to the right people and operational roles. Updating them to new technology and integrating them into the new culture will be important, too.

“The ideal approach starts with some sharp analysis about what has changed and what hasn’t,” said Melissa Swift, a senior client partner and leader of Korn Ferry’s digital advisory practice, who authored the report. “Being up-front and clear about what has changed in terms of workplace norms can be hugely helpful. Don’t make them guess about ‘the unwritten rules.’”

Meanwhile, a Korn Ferry analysis of the nation’s 1,000 largest corporations across eight industries, found that women now hold 25 percent of the five critical C-suite positions, an increase from 23 percent in 2018. Still, women only held a majority in one of those spots, CHRO, and only six percent of CEO spots are held by women, unchanged from 2018.

“In every industry we analyzed, there’s a tremendous need for improvement to bring more women to the C-suite,” said Jane Stevenson, global leader of Korn Ferry’s CEO succession services, who co-authored the report. The onus is on both women to seek out experiences that can help them lead and organizations to create an environment where women can succeed, she said.

The study reviewed the positions of chief executive officer, chief financial officer, chief information/technology officer, chief marketing officer, and chief human resources officer. Among the eight industries, retail has the highest percentage of female CEOs (12 percent). Healthcare has the fewest, at one percent.  Women hold 55 percent of the CHRO spots across industries; only retail doesn’t have at least half of its CHRO spots held by women, and even there, women have 49 percent of those roles.

“In recent years the CHRO role has been increasingly tied to business success as leaders understand that talent, when properly motivated and deployed, can be a significant lever for differentiation,” said Dan Kaplan, a senior client partner in Korn Ferry’s CHRO practice, the report’s other author. “Woman CHROs bring several competencies to the table, including collaboration, agility, empathy and an ability to coach and influence that are critical to successfully optimizing the leadership of an organization.”

Earlier this month, a report by the Conference Board and Korn Ferry asked how businesses could capitalize on the fact that companies with gender diversity at the leadership level outperform their less inclusive peers. “It starts with developing a leadership pipeline — one filled with talented, ambitious women at every stage of the journey,” said the report. “But our latest analysis reveals that the pipeline slows to a trickle the further along the ranks we go.”

Authors Rebecca L. Ray, executive vice president of human capital at the Conference Board, and Beatrice Grech-Cumbo, leader of Advancing Women Worldwide at Korn Ferry and a senior client partner at the firm, gauged nearly 300 HR leaders to better understand the pivotal points at which women move ahead or fall behind. “While the percentage of women tends to decrease as they climb the corporate ladder, we found that the single largest drop-off occurs at the transition from individual contributor to manager,” said the report. “This vital choke point winnows young women from the leadership pipeline at just the time they should be poised to elevate their careers.”

“To be sure, the HR leaders we surveyed see significant progress but also believe we have a long way to go before reaching gender parity,” said the report. “Without a doubt, numerous companies and their forward-thinking executives have already taken steps in the right direction, but these actions have yet to fully achieve the desired effect: women who are “ready” candidates all along the pipeline. Moreover, it doesn’t help that, despite the many progressive attempts that organizations make, women often opt out of leadership positions because of the perceived impact that taking on such a role will have on their personal lives or the lack of senior women in leadership roles whom they can emulate.”

The report outlined how CHROs and other senior HR leaders can help address the factors that lie within the direct control of companies:

Organizations should assess women for leadership abilities early. Once they have identified potential future top talent, they can take steps to fast-track them, which can include exposing them to core business functions including operations and finance. These are two areas in which women are less likely than men to get organically exposed.

Strong mentors and sponsors can help by encouraging women to gain these and other critical experiences.

When considering how to award plum assignments, men are traditionally judged on their potential while women are evaluated on their past performance. This gives men an early-career advantage. HR leaders can and should mitigate against this bias by challenging women early on with stretch assignments—and making sure that they are given the right support to thrive in them. In addition, they needn’t passively wait for women to seek (or miss) opportunities—they should actively seek out and encourage promising candidates.

Too often, HR leaders rely on traditional verities such as family obligations spurring a departure or a woman wanting to ease back into the flow when returning from maternity leave. But these workers also leave to start new businesses, gain more flexibility, or to seek better leadership opportunities. And while some returning women do want to re-acclimate in a deliberate manner, others are anxious to dive back into the stimulation of work.

There are many ways companies can encourage women early in their careers to make bold moves while balancing personal tradeoffs at home, said the study. For example, the pasta company Barilla uses a “Smartworking” program to provide employees with more opportunity to customize their work schedules. It has established aggressive goals for itself in this area, including achieving 95 percent positive responses from employees by next year when asked about having the kind of work-life flexibility they need.

Identify discrimination and swiftly root it out. That includes finding structural factors that might enable or conceal harassment, such as team composition or working conditions. Failure in this area will largely render the other steps useless.

HR leaders can ensure that managers and executives can identify and are held accountable for addressing other company blind spots in key talent-decision moments. The Port Authority of New York and New Jersey, for example, has invested heavily in raising awareness of bias and offers training and tools to support inclusivity. This has included innovative approaches such as using blinded resumes, so hiring managers see just the salient details of a job applicant’s skills.

Women Gain Ground In Boardroom, But Not Minorities Women Rise to Dominate CHRO Roles, But Falter On Path to CEO Women In the C-Suite Lagging Male Counterparts