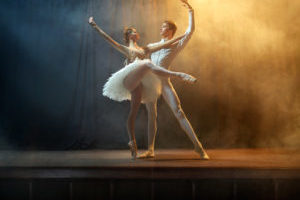 “We are extremely fortunate to have Kelly joining the ballet in this critical role,” said Carl F. Pascarella, chair of the San Francisco Ballet board of trustees. “Her vision and track record in leading major strategic projects that propels arts organizations into a future with growing audiences, community involvement and sustained revenue will lead SF Ballet into an expanded era of financial and operational growth.”

“On behalf of the board of trustees I sincerely welcome Kelly to join us in furthering our mission, to share the joy of dance with the widest possible audience, to provide the highest caliber of dance training in our school and to further our commitment to diversity, equity, and inclusivity in the field of dance,” said Mr. Pascarella.

Helgi Tomasson, artistic direct and principal choreographer, said he was pleased to welcome Ms. Tweeddale to San Francisco Ballet. “She brings an impressive caliber of arts leadership experience to oversee the administrative and operational aspects of the organization,” he said. “I look forward to working closely with her as we continue to grow the mission and artistic reputation of the company.”

Ms. Tweeddale’s 30-year career leading arts organizations throughout North America has encompassed achievements in audience building, sustained revenue growth and innovation. She became president of the Vancouver Symphony and VSO School of Music in 2015. During her tenure, the organization has seen an increase in earned revenues by 35 percent, contributed revenues by 28 percent, and growth in endowment assets by 72 percent.

Ms. Tweeddale was previously executive director of Seattle Opera, where she was responsible for transforming the performance facility, McCaw Hall, in partnership with the Seattle Center and Pacific Northwest Ballet into one of the top opera and ballet performance facilities in America. She has held leadership positions with the Cleveland Orchestra and the Seattle Symphony during times of great audience growth and organizational transformation and has served as an adjunct professor for Seattle University’s graduate program for arts leadership.

San Francisco Ballet has enjoyed a long tradition of artistic “firsts” since its founding in 1933, including performing the first American productions of “Swan Lake” and “Nutcracker,” as well as the first 20th-century American “Coppélia.” It is one of the three largest ballet companies in the U.S. and presents more than 100 performances annually, both locally and internationally.

“I am thrilled to be joining San Francisco Ballet, having long admired its artistic achievements and its exemplary role in pushing the boundaries in dance,” Ms. Tweeddale said. “Helgi’s commitment to excellence and the company’s reputation as an international ambassador of San Francisco’s diverse and forward-thinking community resonate with my belief that the arts have never had a more important mandate than to create connections between people and ideas both locally and globally.”

m/Oppenheim Associates was founded by Mark Oppenheim after a 28-year career in organizational development, professional services and executive search consulting. The organization goes back to two firms founded by the Oppenheim family: CM Oppenheim & Associates, a New York-based company which later extended its operations into Europe, and Phillips Oppenheim, based in New York and focusing on service to non-profits. After a career spanning the business, non-profit and government sectors, in 2003 Mr. Oppenheim joined Phillips Oppenheim and upgraded the firm’s operating infrastructure, founded the West region’s office, extended its presence nationally and drove an expansion of its business. In 2008 the East and West regions split, and Mr. Oppenheim and his team founded m/Oppenheim Associates.

Mr. Hanthorn has had a career of more than 30 years as a performing arts CEO, during which he led and built opera companies in Atlanta, Milwaukee and Dayton. Prior to joining m/Oppenheim, he founded a consulting practice serving arts and cultural organizations locally, nationally and internationally. He also served on the board of directors of OPERA America, as a juror for a range of arts competitions and awards (New York’s Metropolitan Opera, Vienna’s Belvedere Competition and the MacAllister Vocal Competition) and as a panelist for the National Endowment for the Arts.