Stay Connected:
Holding fewer than a quarter of senior-level roles globally, women still have far to go to achieve equality in the senior ranks. In a newly released report from Spencer Stuart, women leaders address the challenges of climbing the corporate ladder and advancing to the C-suite. 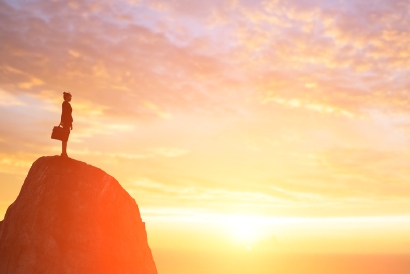 May 30, 2019 – Line management roles are critical building blocks for senior-level general management, and can open doors to C-suite and board opportunities, including the CEO role. Market-facing P&L roles give leaders direct responsibility for leading people, strategy and operational priorities, as well as broader exposure to the business, more visibility and more risk. Because success in these roles is less dependent on having deep expertise in one area, leaders must be agile and able to “learn as you go.” Serving in a P&L role earlier in one’s career provides more runway to build the kinds of experiences boards are looking for when selecting a CEO, according to a new report by Spencer Stuart.

For women aspiring to top GM roles, a P&L position provides clear metrics on performance, placing them on a level playing field with men. Unfortunately, women get these opportunities less often than men. Women hold fewer than a quarter of senior roles globally. And a review of female representation on executive committees of Fortune 100 companies found that women accounted for 22 percent of EC roles in the Americas, 15 percent in Europe and four percent in Asia. While more women hold C-suite roles than in the past, many serve in functional leadership positions that typically do not lead to the CEO office.

Yet, there are a number of measures and approaches that women and companies can follow to boost the gender diversity of their leadership teams, says the new research from Spencer Stuart in its “Women Leaders: How We Got Here” report.

“Research points to the same conclusion: Gender diversity in leadership is good for business (as is diversity in general, for that matter),” said the study. “It’s better for financial performance. It inspires more innovation. Yes, it has societal benefit, but it also provides a company with competitive advantage and is considered a key enabler of growth.”

The search firm surveyed 85 C-level women at S&P 500 companies about their careers, including the personal and external factors that helped them succeed and the barriers they faced. The respondents were in leadership roles one and two levels below C-level, and just over half currently have P&L responsibility.

Spencer Stuart cited four main areas of focus that can help change the face of the C-suite in businesses of all kinds: sponsorship, overcoming unconscious bias, relationship-building and risk-taking, and proactive career management.

Sponsorship, particularly by senior male leaders, proved to be the most important external factor boosting women’s career advancement. Seventy-nine percent of respondents ranked male sponsors and champions as one of the top three sources of valuable career help they received, with 28 percent saying it was the most important, said Spencer Stuart.

Sponsorship fuels career advancement in a variety of ways. “Research has found that sponsors, more than mentors, provide advice for getting and succeeding in new roles, and also use their influence and connections to open doors and help the people they sponsor reach new roles,” said the report. “Sponsors tend to give women the confidence to take risks they might hesitate to otherwise — for example, to take a role sooner than they might feel ready, or to push out of their comfort zone to pursue a P&L role. The visible support sponsors provide also can play a role in controlling for unconscious bias and expanding women’s network of relationships.”

Professional Women Still Seek Equality Climbing the Corporate Ladder
It has been decades since professional women have pushed into the higher echelons of corporate management. Yet the ultimate objective of full equality eludes many of them. While corporate boards – and the recruiters who represent them in the marketplace – have implemented diversification initiatives, the C-suite nevertheless remains largely the domain of white men.

Studies also find, however, that men are more likely than women to have this sort of sponsorship. Men tend to be sponsored by more senior-level leaders with the organizational clout to advance their careers, while women tend to have more mentoring-like relationships focused on providing support and guidance, leading to lateral moves rather than promotions.

“Because of the importance of sponsorships to advancing women, organizations that prioritize gender diversity will want to find ways to encourage and facilitate these sponsorship relationships,” said the study. “Sponsors should encourage the women they mentor to seek out jobs with P&L responsibility, and women should recognize that they may need to push themselves out of their comfort zone and be aggressive about going after P&L experience, a critical stepping stone for C-suite or board opportunities.”

In its survey, Spencer Stuart found strong themes around unconscious bias, exclusion from informal networks or social activities, higher standards for women and assumptions about women’s interests or capabilities. “An overwhelming 86 percent of respondents said unconscious bias had a moderate or big impact on their career advancement, and 76 percent pointed to different standards for women than men,” said the report.

Avoiding making assumptions about women’s aspirations and interests and setting the expectation that leaders will reach out to people with diverse backgrounds can help overcome these challenges. “Even the simple step of making leaders aware of these kinds of biases and assumptions — making the unconscious conscious — can make a meaningful difference,” said Spencer Stuart. “Leaders should be encouraged to look beyond the people who are raising their hands and proactively reach out to qualified people with diverse backgrounds and encourage them to apply.”

Women also can find themselves at a disadvantage in hiring or promotion into key roles, particularly those with P&L responsibility, when subjective measures are used erroneously as a proxy for certain capabilities, such as “presence” for leadership, or when culture fit is considered in terms of similarities in backgrounds or interests. “To remove biases that disadvantage women, organizations should adopt structured assessment approaches that focus on how well candidates align with the specific capabilities, leadership style and expertise required for success in the role, minimizing the influence of subjective measures and assumptions,” said the report.

Among the factors within their control, respondents pointed to a combination of personal drive, career planning and performance as essential to their success. Nearly all ranked ‘Consistently delivering outstanding results’ in the top three personal factors for success, with 88 percent saying it was the most important, said Spencer Stuart. Women also credit their success to innate traits such as perseverance, resilience, confidence, optimism and adaptability.

Relationship-building is important for career advancement, regardless of gender. “Some women can be uncomfortable with what they perceive as the politics of corporate life and prefer to let their work speak for itself, assuming that hard work and doing a better job than the next person is all they need to do,” said the report. “But, it’s important to recognize that, especially in the upper reaches of an organization, relationships and networking are critical, as senior-level leaders have to make decisions about the handful of people that they trust to run the company.”

It can be a challenge for women to develop relationships in the same way that men do, as women may not get invited to social activities such as golf or the fantasy football league. Seventy-seven percent of the women surveyed felt that being left out of informal networks or social activities was at least a moderate barrier to their career advancement, said the report.

“Helping others, tapping into external networks and finding authentic ways to build relationships with people across the organization can help women create a network of people who may later bring opportunities or serve as advocates and allies,” said Spencer Stuart. “Many women find it helpful to reframe their view of ‘politics’ in terms of the human dynamic playing out in business and think of relationship-building as a skill to learn like any other.”

Forty-eight 48 percent of the senior-level women surveyed said they aspire to join a corporate board, and 35 percent said they would like to be CEO, said Spencer Stuart. The vast majority (88 percent) said they are confident they can achieve their career aspirations, although only 62 percent said they think it’s possible at their current company.

More than half (56 percent) of the women attributed their success in part to proactively managing their careers, said the report. “It is important to think longer term about your career aspirations and route up to avoid inadvertently closing the door to certain opportunities,” said the report. “Many women (and men) truly prefer a specific function, such as marketing or finance, and strive for leadership roles within the functional area.”

Other leaders fail to realize until it may be too late that an early commitment to a function, versus taking what might seem like a risk on a P&L role, can limit their CEO options later.

Speaking up about one’s interests and longer-term aspirations early and often can encourage others to think about you when openings arise. “Don’t assume people in the company, even your manager, know the next move you want to make or where you see your career going over the long term,” said Spencer Stuart.

Women aspiring to top leadership roles also have to be willing to take risks. “It’s well documented that women are more likely than men to think they need to meet all the qualifications for a position to apply for a role,” said the report. “Nearly half (46 percent) of the high-achieving women we surveyed agreed or strongly agreed with the statement, ‘I tend to raise my hand for new jobs only when I meet all the qualifications.’ Recognizing this tendency and getting comfortable with not being completely ‘ready’ for a new role may help more women get comfortable with taking career risks. Once they do make a leap into a new role, they are likely to learn that they are able to ‘figure it out’ and succeed,” the report concluded.

Women Gain Ground In Boardroom, But Not Minorities Women Rise to Dominate CHRO Roles, But Falter On Path to CEO Women In the C-Suite Lagging Male Counterparts