Menu
View our Events
Stay Connected:
Forty percent of new board seats on U.S. Fortune 500 companies went to women last year, according to a new report by Heidrick & Struggles. Still, improvement is lagging. The total share of seats for women remains under 25 percent. Racial and ethnic board appointments unchanged at 23 percent. 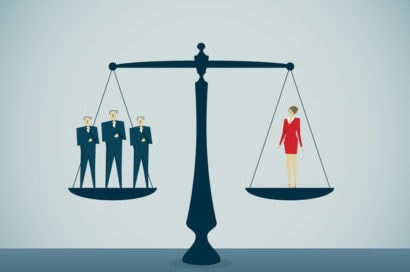 June 4, 2019 – The percentage of women appointed to fill new board seats on U.S. Fortune 500 companies in 2018 was the highest ever at 40 percent, double the percentage over the past decade, according to a new report by Heidrick & Struggles.

This group of businesses filled a record 462 vacant or newly-created board seats with independent directors in 2018, up from 358 in 2017, said the firm’s 2019 Board Monitor report, which studies trends in non-executive director appointments at the largest companies in the U.S. Of the new seats, a record 183 women were appointed, a 34 percent increase over the 137 appointed in 2017.

Based on the current upward trend, companies will now reach gender parity among the incoming class of directors by 2023, said Heidrick & Struggles, a provider of executive search, leadership assessment and development, organization and team effectiveness, and culture shaping services globally.

“The 10-year anniversary findings in our Board Monitor are significant in that they show the long-term progress of gender, racial and ethnic diversity in the boardroom,” said Bonnie Gwin, vice chairman and co-managing partner of the CEO and board practice. “Companies, now more than ever, are focused on including wide-ranging points of view and experiences by adding greater numbers of women and racially diverse members to their boards.”

“For the first time, we see companies are seeking directors with consumer experience more than any other industry, and this will be an interesting trend line to watch,” said Ms. Gwin. “Taken as a whole, these results are encouraging, but there’s still much work to be done to reach gender parity by 2023 and to create more diverse boards.”

While the number of women board directors on Fortune 500 companies has increased steadily overall during the past decade, the total share of seats held by women on these boards in 2018 was only 22.5 percent, said the study. There has been only slight improvement for female appointees at 40 percent in 2018, following the previous high of 38 percent the year before. Racially and ethnically diverse new board appointments in 2018 remained unchanged from 2017’s record high of 23 percent.

“While we have rarely encountered outright resistance to appointing women or minorities in past years, many boards did not make it a priority,” said Kathleen Cooper, chair of the nominating and governance committee of the Williams Companies, a Tulsa, OK-based energy company, who was cited in the report. “I have been surprised and disappointed that there hasn’t been more push to get more parity, to get diversity of thought and to get women and minorities on boards more quickly.”

Cynthia Jamison, chairman of Tractor Supply, the largest retail farm and ranch store chain in the U.S., added that that increasing diversity on boards is “a problem not of supply, but of demand.”

“As boards plan for succession, it’s evident that there is still tremendous opportunity to push for meaningful change when it comes to diversity,” said Heidrick & Struggles’ Victoria Reese, global head of the legal, risk, compliance and government affairs practice. “At Heidrick & Struggles, we’re actively working to increase board diversity with our clients globally, and we have pledged that at least 50 percent of the total number of initial slates of board candidates presented to our clients over the totality of the year will be diverse. Over the past year, 57 percent of our board placements in North America were diverse, and we’re looking forward to continuing to build on this momentum.”

Ethnic and racial diversity in 2018 remained unchanged from its previous high of 23 percent in 2017, said Heidrick & Struggles. African-Americans accounted for 11 percent of new board seats, which more than doubled over the past decade and matched the all-time high from 2017. Ten percent, or 14, of the first-time board appointees in 2018 were African-American.

“As these trends suggest, the story of increasing diversity on boards is far from simple and far from over,” said Heidrick & Struggles. “Based on 10 years’ worth of data and our extensive experience working with boards around the world, we see real but still disappointing progress—and some straightforward ways to speed things up.”

“The good news is that there is a plentiful supply of board-ready candidates who are women and/or from racial or ethnic minorities,” said the Board Monitor report. “The key to finding them is looking beyond the default preference for CEO experience. In 2018, the proportion of current or former CEOs appointed to boards reached an all-time high of 60 percent, so it’s clear that companies aren’t consistently casting their nets widely. But while CEOs certainly bring valuable skills to the table, many outstanding general managers and divisional heads have just as much expertise in skills such as strategic orientation, operational ability, and P&L experience.”

Recruiters Up Their Game in Diversity
Search firms best serve their clients by making a commitment to finding minority candidates. According to Shawn Cole, president and founding partner of Cowen Partners, knowing sources of alternative qualified prospects and digging deeper into the demands of roles can greatly improve diversity sourcing.

University presidents, retired public servants who have led large government agencies and retired career military officers also bring valuable experience leading complex organizations. “Well- run private companies can also be a source of diverse talent,” said the study. “In addition, diligent searching can identify younger executives on the fast track to the top. As a group, they’re generally more diverse than executives in the past, and they will furnish many of tomorrow’s CEOs. The female chairs and independent directors we talked with agree that boards can achieve greater diversity, with no sacrifice in quality, by casting a wider net.”

Related: How Collaboration and Diversity in the Workplace Promotes Innovation

Diversity can’t be the purview of a lone director. “Unless the chairman, joined by other influential directors, makes it a priority, good intentions rarely turn into action,” said Heidrick & Struggles. “Finally, boards will benefit from long-term succession planning, which includes thinking creatively about their most strategic needs, building relationships with potential candidates over time, and even increasing the size of the board to ensure long-term diversity by being able to add people when they are available.”

The Board Monitor report further found that consumer experience outpaced financial experience for the first time. In 2018, newly appointed directors most frequently worked in the consumer sector (23 percent), surpassing financial services experience (21 percent), which had led in the previous four years.

Consumer boards appointed the largest number of women overall in 2018, according to Heidrick & Struggles, although those appointments still totaled only 38 percent of all new board seats in the consumer industry, down from 47 percent the year before.

“The rise in demand for consumer expertise may well be related to increasing demands for customization and real-time service created by digital transformation in every industry,” said Heidrick & Struggles. More than 59 percent of new directors with consumer experience went to consumer boards, 19 percent went to industrial boards and nine percent to financial services boards.