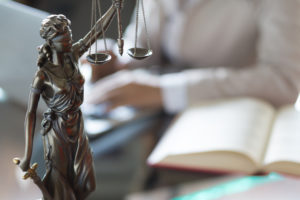 “Rogers’ impressive and versatile background makes her a powerhouse addition to Veracode’s mission to put innovative, worry-free security software in the hands of every business they work with,” said Mr. Polachi.

Ms. Rogers is a seasoned, versatile global leader and corporate legal generalist with strong communication and negotiation skills. Previously, she spent over 10 years with technology company Monotype, most recently serving as vice president and assistant general counsel for the Americas and APAC. Before that, Ms. Rogers was corporate counsel at Autodesk. Earlier in her career, she served as a corporate attorney and director, investor relations for Moldflow.

Veracode delivers application security solutions and services. The company’s unified platform assesses and improves the security of applications from inception through production, the company said, so that businesses can innovate with the web and mobile applications they build, buy and assemble as well as the components they integrate into their environments.

Mr. Polachi recruits CEOs, board members and other officer-level executives for public and private technology companies. He also oversees Polachi Inc.’s venture capital and private equity specialty practice, which is dedicated to recruiting partners for leading venture capital and private equity firms around the world. Among his honors, Mr. Polachi was previously named among BusinessWeek’s Top 100 Most Influential Headhunters in the world.

A general counsel, chief counsel or chief legal officer is the chief lawyer of a legal department, usually in a company or a governmental department. In a business, the person holding the position typically reports directly to the CEO. Their duties involve overseeing and identifying the legal issues in all departments and their interrelation, including engineering, design, marketing, sales, distribution, credit, finance, human resources, production, as well as corporate governance and business policy.