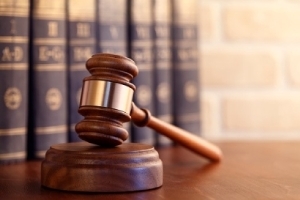 “I am thrilled that Traevena is joining AU as our next general counsel,” said Sylvia M. Burwell, president of American University. “With her deep experience advising universities, her impressive record of working with students, faculty and staff, and her nationally recognized expertise on many of the most important issues facing higher education today, Traevena will be an excellent leader of our legal department and an important member of the AU leadership team.”

Ms. Byrd currently works at Towson University where she is VP for legal affairs and human resources and general counsel. Her career in higher education began at the University of Iowa, where she served as an assistant director of admissions, and was followed by her appointment as the director of the Commission on the Status of African-Americans for the State of Iowa Department of Human Rights. She was previously associate general counsel at Ithaca College, where she regularly taught a civil rights seminar as an adjunct faculty member. As Towson’s chief legal officer, she manages the university’s legal affairs, serves as legal advisor to the president and university executive officers and acts as the liaison to the Maryland Office of the Attorney General. In her new role, Ms. Byrd will be a member of the president’s cabinet and chief legal advisor to the university’s executive officers and board. She will also provide, manage and coordinate all legal services for the school.

“I am delighted to join the AU community and I look forward to contributing to its mission of public service and global leadership,” said Ms. Byrd. “President Burwell’s leadership inspires me, and I am honored to have the opportunity to be a part of the exciting and meaningful change that will positively shape AU for years to come.”

Ms. Ben-Canaan is a partner in the firm and the leader of its Washington, D.C. in-house practice group. In more than 16 years as an executive search consultant, she has placed upwards of 600 senior-level legal leaders in corporate legal departments across the U.S. and assisted her American clients in making strategic placements overseas with the support of our EMEA and APAC teams.

Mr. Sachs is a partner in the Chicago office of Major, Lindsey & Africa. He specializes in placing attorneys at all levels – from junior counsel to general counsel – in corporate and university legal departments. He frequently lectures at law schools about career planning and development. He has also authored several articles concerning challenges and opportunities in corporate legal recruiting.

A general counsel, chief counsel or chief legal officer is the chief lawyer of a legal department, usually in a company or a governmental department. In a business, the person holding the position typically reports directly to the CEO, and their duties involve overseeing and identifying the legal issues in all departments and their interrelation, including engineering, design, marketing, sales, distribution, credit, finance, human resources, production, as well as corporate governance and business policy.

“As with most executives, the general counsel or chief legal officer must be a strategic, big-picture thinker, with the ability to manage people and priorities, set goals and focus the organization towards those goals,” said Andrea Bricca, a partner with MLA’s in-house practice group, in a recent report. “Any hiring effort at this level can be one of the most complex and challenging responsibilities any company can undertake because of the many varied roles that these executives must fulfill.”

In the case of the general counsel, she added, an incoming leader is called upon to “lead and steward the legal and ethical standards of an entire company as well as provide bulletproof legal counsel to senior staff members and the board.” The general counsel also is responsible for overseeing the activities of the in-house legal department. Perhaps most important, she said, general counsels are “charged with managing and balancing an organization’s corporate risk – protecting it from legal missteps without impeding its progress toward strategic goals and objectives.”