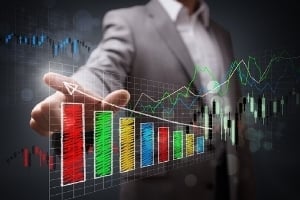 February 21, 2018 – Executive search firm Odgers Berndtson has continued its recent expansion with the addition of Frank Morogiello to its Dallas office as a partner and head of the firm’s U.S. aviation & hospitality practice focusing on aerospace and defense.

“With more than 25 years of experience as a search professional and as an experienced C-suite executive, Frank brings deep recruiting expertise to global companies in the aviation & hospitality industry, in particular working with aerospace and defense organizations throughout the world,” said Steve Potter, CEO of Odgers Berndtson U.S. “Odgers Berndtson is committed to bringing the very best C-suite executives and board directors to help clients address their most pressing challenges and we’re thrilled to have Frank our U.S. team.”

Mr. Morogiello previously served as vice president and partner with Pearson Partners International. Before that, he was a senior client partner with Korn Ferry and a partner with Heidrick & Struggles. Prior to his recruiting career, he was with American Airlines for 20 years in multiple operations and corporate roles. He ended his tenure there as the head of global sales with responsibility for contracting revenues with Fortune 500 corporations, travel and government agencies, and trade associations. Mr. Morogiello serves on several boards, including the Texas Travel Industry Association.

“I am excited to join Odgers Berndtson as it forges ahead with its dedication to preeminence in executive search and leadership services,” said Mr. Morogiello.  “This is a unique opportunity for me to help the firm grow particularly as it develops its aviation & hospitality practice and continues its leadership in aerospace and defense executive search.”

Odgers Berndtson has seen a wave of growth over the past year, and it started 2018 with the addition of four experienced and well-established executive search professionals to the firm: Richard Kim, Diane Lavietes, Margaret Plympton and Richard Modecki. Mr. Kim joined as a partner in the firm’s Houston office and was most recently the head of the energy sector with Futurestep. Ms. Lavietes joined the New York office of Odgers as a partner and head of the firm’s U.S. consumer & retail practice. She was previously a SVP at Berglass + Associates. Dr. Plympton came to the Boston office as a partner in its U.S. higher education practice. She previously served as deputy chair and acting chair of the National Endowment for the Humanities. Mr. Modecki joined the firm as a principal in the technology practice based in Washington, D.C. He was most recently at Russell Reynolds Associates.

In December, Odgers opened a new office in Dublin. The move was made to enhance the firm’s capacity to support global companies looking to establish new centers of operation in Europe in readiness for Brexit, according to Odgers. The new location is led by Damian Ringwood, who becomes managing partner, Odgers Berndtson Dublin.

In the spring, the firm added Lisa Hooker as a partner and Jessica French as a principal. Ms. Hooker, who serves clients in the technology practice, brings 20-plus years of executive search expertise in telecommunications, consumer electronics, cloud services, cyber security, IoT and SaaS. She has also conducted assignments for venture capital and private equity firms, recruiting for their portfolio companies. Previously, she was a founding partner at BridgeStreet Partners Executive Search. Dr. French serves clients in the higher education and academic medicine sectors. She specializes in search for senior leaders in research universities and academic medical centers. She was previously a senior associate with Korn Ferry in the firm’s healthcare practice.