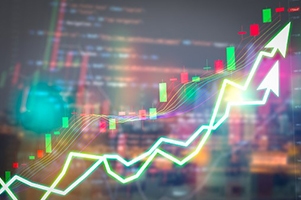 January 8, 2018 – Executive search firm Odgers Berndtson has continued its recent expansion with the addition of Tony Gaffney as managing partner, to lead the firm’s work with boards and CEOs in driving the strategic talent agenda.

Mr. Gaffney is known for being among Canada’s most experienced business transformation executives. He was formerly CEO of Aon Hewitt, Canada and also a key member of that firm’s global executive committee. Before that, he was a managing partner at Accenture, president and CEO of Bell Nexxia, and CEO of BCE Emergis. He has also held international leadership positions.

“Tony’s extensive board, CEO and C-suite leadership experience across a wide variety of sectors and companies will be critical in helping us continue to innovate for our clients in Canada,” said Carl Lovas, chairman and CEO of Odgers Berndtson in Canada. “Offering a seasoned global business perspective with a strong digital and technology background, he understands what’s needed to compete in today’s fast-paced, ever-changing environment.”

Mr. Gaffney stressed that this is a challenging time for leaders. “The talent agenda is being prioritized more than ever before at the board level,” he said. “Having a robust talent and succession plan in place is an imperative for companies undergoing significant change.”

Mr. Gaffney is a member of the board at President’s Choice Bank and the Altus Group. He has previously served on the boards of the Toronto Region Board of Trade, the Bishop Strachan School, Crescent School, Canada’s Walk of Fame and the United Way Cabinet.

Odgers Berndtson has seen a wave of growth this year. Recently, it opened a new office in Dublin. The move was made to enhance the firm’s capacity to support global companies looking to establish new centers of operation in Europe in readiness for Brexit, according to Odgers. The new location is led by Damian Ringwood, who becomes managing partner, Odgers Berndtson Dublin.

In April, Odgers Berndtson added Lisa DeConto, Jane Swan and Brad Pierce. Ms. DeConto joined the firm as a partner and serves clients in the financial services sector. She had been a senior member of the asset and wealth management practice at Russell Reynolds Associates. Ms. Swan became a partner and head of Odgers Berndtson’s U.S. wealth management practice. Before joining the firm, she headed the wealth management practices at Sheffield Haworth, Korn Ferry and Heidrick & Struggles. Mr. Pierce was named a partner and serves clients in the international consulting and professional services sector, where he has 17-plus years’ experience. He previously founded a boutique search firm, in addition to earlier roles with Korn Ferry, Russell Reynolds Associates and Heidrick & Struggles.