Stay Connected:
The unemployment rate remains at a record low as employers add a healthy amount of jobs during the past month. Let’s go inside the latest jobs report. 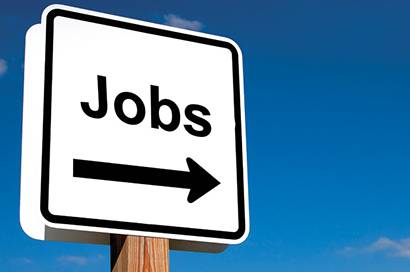 January 5, 2018 – Employers added 148,000 jobs last month as the U.S. unemployment rate remained at a 17 year low of 4.1 percent, according to the most recent U.S. Bureau of Labor Statistics report. The December gain is the 87th consecutive month of job growth. The number of unemployed persons was essentially unchanged at 6.6 million.

Most economists expect the Trump administration’s tax cuts to help speed the economy’s already decent pace of growth. Some envision the unemployment rate dropping as low as 3.5 percent by the end of 2018, according to the Associated Press.

Economists surveyed by Reuters had been expecting nonfarm payrolls to grow by 190,000. The total was well below the November pace of 252,000, which was revised up from the initially reported 228,000.

“A little bit of a disappointment when you only get 2,000 jobs out of the government and get retail at the absolute busiest time of the year losing 20,000 jobs. It just goes to show the true struggle that traditional brick and mortar is having now,” said JJ Kinahan, chief market strategist at TD Ameritrade. “Outside of that I actually thought it was a good report.”

Related: How Companies are Preparing for the Future of Work

The Advantages of Holiday Job Hunting In the C-Suite
If you are an executive who is looking to land a new senior-level job, you might want to start your search now rather than wait for the New Year festivities to end. That’s the advice of Dean Trimble, CEO and managing director of Jackson Stevens Resumes in St. Paul.

When compared with the final quarter of 2017, transportation & utilities sector employers nationwide reported moderately stronger hiring intentions. A slight improvement in hiring prospects was reported for two industry sectors at the national level: construction and wholesale & retail trade. Hiring plans remained relatively stable in all the remaining national industry sectors when compared with the previous quarter.

Related: How Companies Can Build Up Their Defenses Against Talent Raids

“We’re seeing a renaissance in industries like construction and manufacturing in the U.S.,” said Becky Frankiewicz, president of ManpowerGroup North America. “These are not the jobs of the past – many are highly skilled roles that will build America’s future. Strong hiring intentions tell us employers have positions to fill, yet we know they’re struggling to find people with the right skills to fill them.”

“Technological disruption will touch all industries sooner or later,” Ms. Frankiewicz said. “It’s time for us to embrace this change and do more to invest in American workers.” She pointed to her own company as a prime example of what employers can do to make the transition to the workforce of tomorrow.”

2018 Predictions for Talent Acquisition Professionals
The future of talent acquisition will be more personal, more segmented, more strategic and more driven by an up-and-coming generation, according to Korn Ferry Futurestep experts from across the globe. Driving change in 2018 and beyond, said Byrne Mulrooney, Futurestep’s CEO, will be the rapid pace of technological advancement.

According to a recently released report by Indeed, 61percent of the 1,000 HR leaders who were surveyed said they expect to hire more people next year than they did in 2017. By contrast, just 10 percent are planning to reduce their rate of hiring, while the rest plan to maintain current levels.

Most businesses in virtually every industry should see a jump in hiring in 2018, but some will be more aggressive in going after talent than others, according to the report. The most active sectors for recruiting will be architecture and engineering, where 82 percent plan to hire, IT and telecom companies (75 percent) and professional services firms (71 percent).

“I’ve been recruiting for nearly 30 years, and rarely have I been as optimistic as I am right now about the coming year,” said Rob Tillman, founder of executive search firm TillmanCarlson. “Historically, recruiting activity has most closely tracked the consumer confidence index which is now at a 17-year high. With the stock market at all-time highs and tax cuts on the horizon, economic conditions should get even better in 2018,” he said. “While we may be entering the final stages of the economic recovery, the trends we see in the war for talent should become even more pronounced in 2018.”

“The first major trend we’ve seen in the markets is the increasingly greater impact of big data and predictive analytics,” said Mr. Tillman. “Big data and digital is becoming hugely important in hiring CEOs and CTOs for tech companies, but what’s truly amazing is how these influences are impacting nearly every business in every industry.” The speed of innovation is completely changing the competitive landscape, he noted.

The second major trend Mr. Tillman identified is middle market companies winning in the war for talent. “As large corporations have largely recruited established and proven leaders from each other, middle market companies are stepping up and providing more attractive opportunities for leaders to make a meaningful impact and participate in value creation,” he said. He said private equity investors are increasingly in the mix and with fundraising at an all-time high leaders can expect to see even more opportunity to lead smaller companies with significant equity plays.

Related: Heads Up on Recruitment