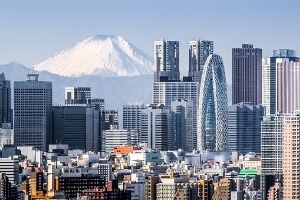 April 17, 2018 – Executive search firm NGS Global has added George Johnson and Jonathan Falconer as new managing partners to head its Japanese office in Tokyo. With over 37 years of executive search experience combined, the new leaders will join forces to lead in the development of a broader and deeper level of capabilities within the Japanese market.

“We are excited to welcome George and Jonathan to the NGS Global team,” said David Nosal, chairman of NGS Global. Julian Buckeridge, managing partner in the Asia region stated: “They bring a high degree of experience within all market sectors that will allow us to expand our reach in Japan and abroad.”

Prior to joining NGS Global, Mr. Johnson served as managing director, executive search at Harvey Nash. Before that, he was managing partner, Japan and Singapore, at the Beaumont Group. Earlier in his career, Mr. Johnson established, grew and sold an Asia-Pacific business to a global firm. He led the technology and equity practices handling P&L responsibilities across the region. His sector experience is across technology, life sciences and retail and consumer markets with a special concentration on revenue generating positions. Mr. Johnson focuses on attracting transformational talent capable of driving market leading bottom line performance.

Mr. Falconer’s background in search began in 2001, when he was a partner in a large Japanese executive search firm managing the industrial practice. In 2007, he co-founded Beaumont K.K. and the Beaumont Group CVBA where he co-led the Asian business until its acquisition in 2014 by Harvey Nash PLC. Mr. Falconer has extensive experience in cleantech, smart grid and utilities, new technology, manufacturing, consumer and retail markets, as well as top-tier management consulting. He has been instrumental in driving growth at Fortune 100 and privately-owned enterprises.

“We are delighted to join the NGS Global team and extend the ability to service and support our client portfolio in this vibrant market,” said Mr. Johnson. “The opportunity to work with like-minded teams across the globe to deliver best-in-class services, made our decision very easy.”

Mr. Falconer said the new additions look forward to being part of the firm’s ongoing growth and development. “With both the Rugby World Cup and Olympics on the horizon, Japan will be trending in the news,” he said. “What better time to join a business with such a demonstrable record of success? “

Talent Shortages In Asia Give Rise to Unique Glass Ceiling
Talent shortages aren’t just a problem in the U.S. Candidate pipelines in Asia are being squeezed as well, and its leading women leaders across Asia to feel trapped in regional roles, according to a report by Heidrick & Struggles.

Japan is the third largest national economy in the world, after the U.S. and China, in terms of nominal GDP. The country has a large industrial capacity, and is home to some of the largest and most technologically advanced producers of motor vehicles, electronics, machine tools, steel and nonferrous metals, ships, chemical substances, textiles and processed foods. Japan’s top global brands include Toyota, Honda, Canon, Nissan, Sony, Mitsubishi UFJ (MUFG), Panasonic, Uniqlo, Lexus, Subaru, Nintendo, Bridgestone, Mazda and   Suzuki.

With offices across the Americas, Europe, Asia and Africa, NGS Global boasts a consultant team with expertise and broad networks in a variety of industries and functional areas. Recently, the firm opened an office in Delhi, which is overseen by managing partner Soumitra Agarwal. “As home to several large, as well as emerging, enterprises, Delhi/ National Capital Region is an important market to our office there,” said Mr. Agarwal. “Coupled with our existing offices at Mumbai and Bangalore, it will allow us to serve our expanding client base in the country.”

NGS also recently expanded its reach into the Scandinavian region by opening an office in Norway. The location is overseen by managing partners Stig-Rune Reese and Hard Olav Bastiansen. Previously, Mr. Reese and Mr. Bastiansen were founding partners of A`HEAD Search & Selection. They have both worked with executive positions in the private and the public sector, and have had a special focus on the oil & gas industry.