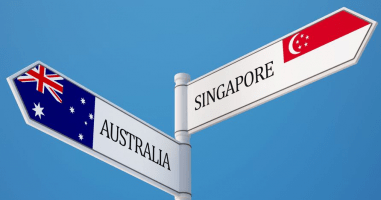 August 10, 2016 – Executive search firm Cripps Sears & Partners has added Christopher Meredith as head of its Perth office and Peter-Paul Nijsten as head of its Singapore location.

Mr. Meredith draws on a 28-year history in executive research and recruitment, and will manage the firm’s search practice across Australia and New Zealand. A highly regarded industrial generalist, his experience extends to recruiting for high profile global companies in such diverse territories as Australasia, Papua New Guinea and Africa.

For the last 15 years, he has focused particularly on the resources sector – mining, oil and gas. He has recruited for a diverse range of job functions: technical and commercial as well as management / senior management / executive management to CEO / MD level. Most recently, Mr. Meredith served as managing director of Advocate Executive Search.

By virtue of its population and role as the administrative center for business and government, Perth dominates the Western Australian economy, despite the major mining, petroleum, and agricultural export industries located elsewhere in the state. Perth’s function as the state’s capital city, its economic base and population size have also created development opportunities for many other businesses oriented to local or more diversified markets.

Take a Look at These Global Search Firms That Operate in Asia Pacific:

Mr. Nijsten comes from an engineering management background, but has spent the last 10 years running executive searches across the engineering and energy sector for well-known multinational corporations with a particular focus on seeking out specialists for engines, on-shore generators, operations, logistics, and oil & gas concerns.

Previously, Mr. Nijsten served as founder, CEO and managing director of Singapore-based Raffles Executive Search. He has searched for a diverse range of executives: technical and commercial as well (senior) management / executive management to CEO / MD and VP levels.

The Singaporean economy is known as one of the most innovative, competitive and business-friendly in the region. The 2015 Index of Economic Freedom ranks Singapore as the second freest economy in the world.