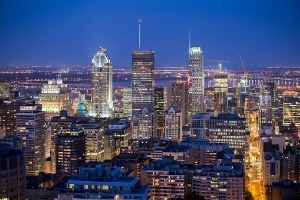 “In response to the growing needs of his international clientele and the increasing demand for specific and professional resources from abroad, Mr. Vignaud has decided to join Morgan Philips Group and take over the leadership of Canada for Morgan Philips Executive Search,” the firm said. Mr. Vignaud, who assumes the title of managing partner, previously co-founded executive search firm Everest in Montreal. He also gained recruiting experience with Randstad Canada.

At the end of last year Morgan Philips acquired Hudson’s recruitment and talent management operations in Europe for $10.5 million in estimated net proceeds. The proposed deal covers Hudson Global operations in the U.K., France, Spain and Poland as well as a network of franchise operations in Denmark, Sweden, Norway, Czech Republic, Ukraine and Slovakia. The acquisition will create a combined business with a turnover of $160 million with 600 employees in 20 countries, according to industry sources.

Montreal has the second largest economy of Canadian cities based on GDP and the largest in Quebec. Last year, Metropolitan Montreal was responsible for (Canadian) $118.7 billion of Quebec’s (Canadian) $340.7 billion GDP. The city is today an important center of commerce, finance, industry, technology, culture, world affairs and is the headquarters of the Montreal Exchange. Industries include aerospace, electronic goods, pharmaceuticals, printed goods, software engineering, telecommunications, textile and apparel manufacturing, tobacco, petrochemicals and transportation.

Sunrise, FL-based executive search firm StevenDouglas expanded into Canada with the opening of a new office in Toronto. Navinder Binning, who joined the firm as vice president, leads the executive search business in the Canadian region, said the firm. Her focus will be to further develop the recruiters’ presence by delivering high-caliber talent for Canada’s leading industries.

Odgers Interim Canada, the executive interim division of Odgers Berndtson, has expanded naming Andrew Dmytryk and Camille Petitti to its Canadian team. With more than a decade of search experience, Mr. Dmytryk joined the firm from a Canadian IT consulting organization called ADGA Group Consultants. He is focused on the expansion of the firm’s executive interim offering.