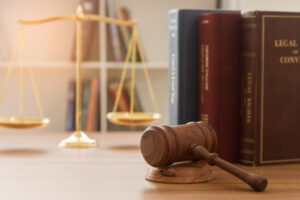 November 4, 2021 – Recruitment platform and executive search firm Mogul has placed Rachel Olchowka as general counsel at Fetch Rewards, a consumer-loyalty and retail-rewards app. Fetch Rewards, based in Madison, WI, engaged Mogul’s executive search services to attract, source and hire Ms. Olchowka. The general counsel role is the first for Fetch Rewards and will provide guidance, enhance capabilities and balance risk across a myriad of functions as the company continues to innovate products and enter new markets internationally, according to Mogul.

Ms. Olchowka spent more than eight years at TransUnion, most recently as senior director, assistant general counsel supporting TransUnion’s global credit and anti-fraud businesses. Previously, she was a litigator, including at Kirkland & Ellis in Chicago. She holds a law degree from the University of Chicago and a bachelor’s degree from the University of North Carolina at Chapel Hill. “We were thrilled to work with Fetch Rewards to fill the general counsel role,” said Tiffany Pham, founder and CEO of Mogul. “Our team of recruiters are able to tap into top talent using our patent-pending diversity filters within our talent system, and that ensures a totally diverse search experience.”

Fetch Rewards is a fast-growing consumer loyalty and shopper rewards app. Since launching in 2017, the Fetch rewards app has been downloaded more than 19 million times and has nearly 7 million active users. To date, Fetch has processed nearly a billion receipts and has delivered more than $120 million in savings to its shoppers.

Search Solution Elite recently placed Cassie McBride as executive vice president and general counsel of the National Hockey League’s San Jose Sharks. The search was led by Jeremy Gnozzo, the founder and president of Search Solution Elite, and partner Aaron Curley. Ms. McBride will oversee all legal matters pertaining to the team and Silicon Valley Sports and Entertainment. She will also serve as an alternate governor in representing the team on NHL matters. Ms. McBride will be responsible for managing all legal aspects of the relationships with the Sharks corporate partners, broadcasters, and major service providers as well as handling legal matters for all Silicon Valley Sports and Entertainment properties.

Check Out These Related Articles on Recruiting General Counsels: