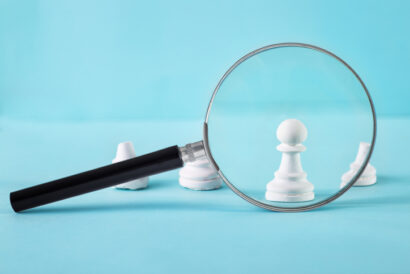 Ms. Teran will report directly to general counsel Mike O’Sullivan and lead Snap’s commercial legal team, which supports nearly all deals with outside partners. She starts in the new role in mid-September. “Claudia brings a wealth of commercial business experience to Snap at a critical point in the organization’s growth both domestically and internationally,” said Mr. John. “Her experiences supporting the rapid growth of digital entertainment platforms, building and growing highly diverse teams, and serving as a strategic business advisor to executive leadership makes her uniquely qualified to lead Snap’s extraordinarily talented team of commercial attorneys.”

Ms. Teran comes to Snapchat’s parent company after two decades at Fox (and predecessor companies), most recently serving as EVP and corporate general counsel and Fox Sports general counsel. In that capacity, she oversaw legal and business affairs for sports content and networks, technology, operational M&A, privacy, business development, music and advertising. During her tenure, Ms. Teran helped Fox grow into Latin America, Europe, the Middle East and Africa and she’s credited with building one of the most diverse teams in the business.

Earlier in her career, Ms. Teran was a transactional attorney at Sidley Austin LLP, where she worked on a variety of business deals and regulatory issues. She earned a bachelor’s degree in political economy from the University of California at Berkeley and a law degree from New York University School of Law.

Ms. Teran’s hiring comes as Snap has focused on accelerating growth through deals with outside partners, as well as continued international expansion. The company recently recruited Konstantinos “KP” Papamiltiadis, a nine-year Facebook veteran, as its first VP of platform partnerships, leading efforts to on-board Snapchat partners ranging from individual AR creators to companies that incorporate the app’s camera and AR technology into their own apps.

Snap Inc. founded in 2011, is a camera and social media company based in Santa Monica, CA. The organization is responsible for technological products and services that include Snapchat, Spectacles and Bitmoji. “The company’s products include camera, chat, discover, snap map, memories and spectacles,” according to Dun & Bradstreet. “Snap serves two constituencies: its users, who average of about 220 million a day, and the advertisers who pay Snap to reach those users. Almost all of Snap’s revenue comes from advertisers.”

Steven John & Associates is a boutique executive search and talent advisory firm focused on senior in-house legal leaders and their organizations. The firm partners with client organizations to attract, retain and develop chief legal officers, general counsel, chief compliance officers, divisional general counsel, and other senior subject matter experts within corporate legal departments. Steven John & Associates specializes in roles within the legal profession rather than on a single industry vertical. Its clients are diverse and include private and public companies, large non-profits, private philanthropies, and academic institutions. The organizations that the firm works with have offices throughout the U.S., and its typical searches are national in scope.

After several years with both a leading attorney search consultancy as well as one of the world’s leading executive search firms, Mr. John launched Steven John & Associates to serve organizations in need of expert legal talent. He brings a wealth of experience in the recruitment of attorneys from a wide range of disciplines. That experience reflects a broad range of industries and includes both private and public companies as well as academic and not-for-profit institutions. In addition to his general counsel search practice, Mr. John has developed particular expertise in the recruitment of attorneys in real estate, intellectual property, higher education law, social justice, and regulatory compliance in a number of highly regulated industries.

Mr. Snyder joined Steven John & Associates in 2016. He currently leads the firm’s key operational functions including research, marketing, and finance. In addition to his operational role, Mr. Snyder is actively involved in all search execution strategies, working closely with the firm’s clients and candidates. He began his career in executive search nearly two decades ago as a research professional with one of the world’s largest executive search firms supporting the growth of that firm’s West Coast technology practice. Throughout his career, Mr. Snyder has been a member of client-facing teams delivering high-touch service to a diverse group of stakeholders. He is particularly expert at developing efficiencies to address the increasingly complex demands placed on professional services organizations.