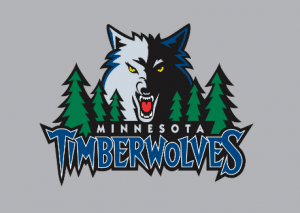 April 19, 2016 – Korn Ferry has been selected by the Minnesota Timberwolves to find its next head coach.

The team relieved interim coach Sam Mitchell of his duties following Wednesday’s season finale. He had taken over for ailing coach Flip Saunders, who died in October after a battle with Hodgkin’s lymphoma.

Minnesota ended the season with the fifth worst record in the NBA at 29-53. The team has missed the playoffs for the last 12 consecutive seasons, the longest active postseason drought in the league.

Korn Ferry, the largest of the global recruitment firms, has a highly developed sports practice, today led by Jed Hughes. His relationships within sports and intercollegiate athletics are extensive, having spent 20 years coaching in professional and intercollegiate football and working for five Hall of Fame coaches. The firm’s sports practice has conducted a number of prominent searches in the field, including commissioners for the  National Football League (NFL) and Major League Baseball (MLB), as well as the CEO of the U.S. Olympic Committee.

Korn Ferry has been active filling head coaching and general manger roles for both professional and colligate sports teams. At the end of the most recent Major League Baseball season, the firm placed David Sterns as general manager of the Milwaukee Brewers. Korn Ferry also just recently assisted the Cleveland Browns with the hiring of Hue Jackson as its new head coach.