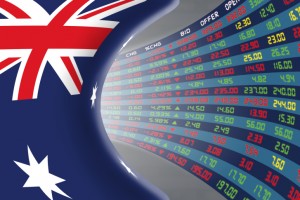 April 19, 2016 – There is an open casting call underway for search firms to assist the beleaguered Australian Securities Exchange, or ASX Limited, to hunt for its next chief executive officer.

While the search is expected to be global and to take between three to nine months to complete, the successful candidate is “highly likely” to be Australian, according to ASX spokesman Matthew Gibbs. He said the Exchange is “hoping it’s at the shorter end of that” timeframe.

“Someone’s got to understand the nuances and the relationships with the regulators, which is really important, and they’ve got to understand how the Australian marketplace works,” ASX chairman Rick Holliday-Smith told The Australian Financial Review. “All of those things would probably suggest it’s highly likely to be an Australian candidate but that doesn’t mean that there isn’t an international candidate that has got all that relevant experience,” he added.

Mr. Holliday-Smith, who has worked in the U.S. and Europe in a range of financial services roles, said “the Australian fabric is very different.”

According to insiders, ASX has created a “super human” profile of about 25 characteristics, including someone who is “tactical” and “strategic” and could be a “flag carrier” for the Exchange. Although consolidation is sweeping exchanges globally, with technology heightening the competition among them, that mandate is akin to finding the proverbial needle in a haystack.

“In a situation like this, with a specification this demanding, what this organization is really saying is that they need a change agent who understands how to create and implement a strategy that will succeed in this rapidly changing digital age,” said Steve Potter, managing partner, U.S. Operations, for Odgers Berndtson.

Four months ago, Odgers Berndtson launched a dedicated financial services practice in Australia, led by former CTPartners’ recruiters Lynn Muirhead and Jules Orpin. Mark Braithwaite, the firm’s managing director, Asia Pacific, said the Australian financial services sector is a significant contributor to the financial services market globally. As such, he says, “it is a great attractor of leading global talent.”

Top candidates with global vision, a strong M&A background, and technology wizardry are therefore expected to surface for the post once the search firm is picked and the task of identifying a new leader gets underway.

A number of global recruiting firms have been interviewed to lead the CEO search for the Exchange, but ASX is expected to look at additional recruiters before the selection process is completed, which is expected to be in the next week to 10 days. ASX said it would not disclose which search firm would ultimately get the nod.

Past CEO Elmer Funke Kupper resigned unexpectedly in March after almost four-and-a-half years at the helm. His departure came as Australian Federal Police revealed they were investigating his previous employer, Tabcorp, amid allegations the gaming business was involved in foreign bribery in Cambodia. Mr. Funke Kupper is a former CEO of the gambling giant and sat on Tabcorp’s board up until March. ASX used Russell Reynolds Associates to recruit Mr. Funke Kupper.

“The future CEO of the ASX would possibly include someone with a strong track record in financial services and technology. For example, the Commonwealth Bank’s Kelly Bayer Rosmarin is a very high-credentialed senior individual with strong fin-tech experience,” said George Boubouras, chief investment officer of Contango Asset Management, which holds the ASX in its dividend income portfolio.

Check Out These Related Articles On the Australian Recruiting Market: