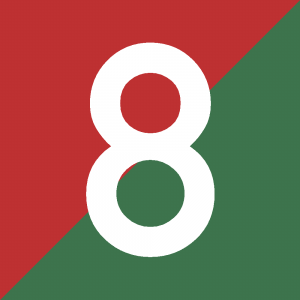 Marlière & Gerstlauer Executive Search, located in Hamburg, has appointed Göran Petersen as a consultant. With an extensive background in the renewable energy and green technology sectors, Mr. Petersen brings over 20 years of leadership experience. He previously spent 10 years with Michael Page International and had his own executive search business.

Stones International has named Victor Filamor and Mirko Petrelli as partners. Mr. Filamor specializes in the consumer & retail and life sciences industries. Prior to joining Stones International, he served as Asia practice group leader for the consumer, healthcare and industrial sectors at SpenglerFox. Mr. Petrelli focuses on the luxury, fashion and automotive industries. Previously, he was head of human resources – Asia Pacific for Tod’s Group. There, he led the implementation of all HR and training activities for retail openings and expansion, boutique organization, staff training, and the set-up of operations in China, Macau, Korea and India. Stones International also added Isabella Tan as a new principal. Ms. Tan expands the firm’s financial services practice and has over a decade of executive search experience. She specializes in the insurance industry. Previously, she was country manager of Singapore-based GSI Executive Search.

CurzonTrinitas, based in London, has announced the appointment of Robbie Paterson as partner. Mr. Paterson specializes in senior level executive appointments in the energy and infrastructure sectors. He previously served as partner at Korn Ferry and has extensive experience in the U.K., Middle East, Australasia, North America and Continental Europe.

Chadick Ellig, located in New York, has named Joy Lillis as principal. Ms. Lillis initially joined Chadick Ellig in 2010 as a research analyst and moved into a delivery role as an associate. Ms. Lillis rejoins the Chadick Ellig team after her prior position at Marlin Hawk. She specializes in the technology sector.

PCI Executive Search Consultants, based in Shanghai, has hired Cédric Pasquier as director. Mr. Pasquier brings over 10 years of expertise within the industrial and oil & gas sectors in international markets. His project implementation and negotiation skills matched with his capacity to speak fluent English, French and Spanish make him an ideal consultant to help develop European and American companies. He was previously a business development director with MSP/DRILEX.

Check Out These Related Articles On Search Firm Appointments: