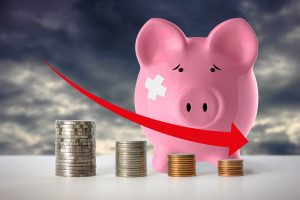 “We continued to deliver gross margin growth i many of our markets, including Americas, Australia / New Zealand, Belgium, France, Hong Kong and Spain,” said Stephen Nolan, chief executive officer. “We generated over $5 million in cash flow from operations in the fourth quarter and delivered year-over-year improvement in adjusted EBITDA in 2016.” Nevertheless, the numbers produced are anemic, especially considering the recent results that rivals are posting up.

During the fourth quarter, Hudson continued its share repurchase program for which it has an authorization of up to $10 million of its common stock. The company purchased 142,671 shares for $0.2 million as part of the buyback program during the fourth quarter. Since the inception of this program in the third quarter of 2015 through the end of 2016, the company has purchased just under three million shares for $6.5 million.

Zacks Investment Research raised shares of Hudson Global from a “strong sell” rating to a “hold” rating. In addition, major shareholder Sagard Capital Partners, L.P. sold 1.1 million shares of the stock in a recent transaction. The shares were sold at an average price of $1.80, for a total value of $1,980,000. The sale was disclosed in a filing with the Securities & Exchange Commission. Currently, just 12.2 percent of the stock is owned by company insiders.