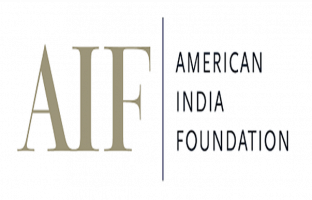 May 11, 2016 – Executive search firm Lochlin Partners has placed Alex Counts as president and chief executive officer of the American India Foundation (AIF). He succeeds M.A. Ravi Kumar, who has served in the role since 2012.

As CEO, Mr. Counts will continue to build and scale AIF’s presence by leveraging its global networks as well as ensuring that AIF stays at the cutting-edge of innovative solutions for poverty alleviation and economic development in India.

Mr. Counts is the founder of Grameen Foundation and became its president and CEO in 1997, after having worked in microfinance and poverty reduction for 10 years. He leveraged a $6,000 seed grant to grow Grameen to a global leader in international development with a $20 million annual budget.

“Alex is a highly regarded development leader who built one of the most successful international humanitarian organizations in the world,” said co-founder of AIF and co-chair Lata Krishnan. “He not only has the management experience, passion and drive, but also deep experience in India and South Asia to create the strongest development programs in India.”

“Alex is a rare professional who combines the drive of a social entrepreneur with the intellect of an academic. We look forward to working closely with him to innovate, build and scale AIF across India in the years to come,” said AIF co-chair Ajay Banga.

“I am honored to have been selected to lead AIF in its next phase of growth. The achievements and capabilities of this organization are remarkable,” said Mr. Counts. “I look forward to leading the team to build on its impressive achievements and become an even more impactful, respected, and resilient organization that disrupts poverty and accelerates poverty reduction in exciting and innovative ways.”

The American India Foundation is committed to disrupting poverty, catalyzing social and economic change in India, and building a lasting bridge between the U.S. and India through high-impact interventions in education, livelihoods, public health, and leadership development, with a particular emphasis on empowering girls and women to achieve gender equity. Founded in 2001 at the initiative of President Bill Clinton following a suggestion from Indian Prime Minister Vajpayee, AIF has impacted the lives of 2.5 million of India’s poor and aims to reach five million by 2019.