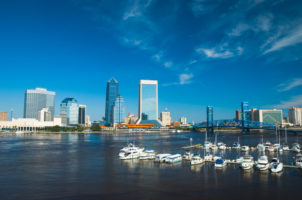 Former CEO Aundra Wallace stepped down last fall to become president of JAXUSA Partnership, the economic development arm of JAX Chamber, the Jacksonville chamber of commerce. Brian Hughes, chief of staff for Jacksonville’s mayor, has been serving as interim CEO of the authority since October.

Among the candidates under consideration for the role is outgoing city council member Lori Boyer, according to the Jacksonville Daily Record. “I am interested,” Ms. Boyer told reporters last week. “I submitted a resume. I am one of the people (who) interviewed. I don’t know how many people interviewed or who any of the other folks were.”

Ms. Boyer, whose second and final council term ends this summer, serves as the council’s liaison to the DIA. Among the obstacles for Ms. Boyer, however, would be state ethics rules that prohibit former city officials from serving in such a role before the council for two years, said the Daily Record. Ms. Boyer suggested that if she won the job a staff member could represent the DIA with the council on her behalf for routine matters.

A Host of Responsibilities

The CEO of the DIA is charged with leading, facilitating, inspiring, planning and managing the organization’s programs and activities, said Jorgenson Consulting. The CEO reports to the group’s board of directors, providing the necessary financial and administrative reporting information and support to enable the board to make responsible and prudent policy decisions.

DIA’s leader is responsible for day-to-day management of the staff and budget of the organization, said the search firm. The CEO will be expected to execute the strategic directions of the DIA, and develop and maintain excellent relationships with all downtown and community stakeholders, including elected officials, property owners, developers, business operators, residents, government agencies and community leaders. The CEO must be able to build, strengthen and energize a high performance staff that can successfully implement and manage current and future initiatives, while providing a collaborative and empowering environment.

The DIA’s investments are steered by a nine-member board of directors who conduct open-to-the-public business on an unpaid, volunteer basis. Four are confirmed by the city council and five by the mayor. The organization was formed to revitalize and preserve downtown property values and prevent deterioration in the downtown business district.