Menu
View our Events
Stay Connected:
There are a range of components that go into finding the right person for a leadership role, but without trust everything else is for naught, says Price Harding of Carter Baldwin Executive Search. 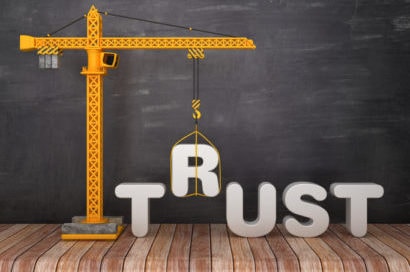 April 22, 2019 – Of all the elements that go into an executive search, the most important is trust, according to Price Harding, founding partner of CarterBaldwin Executive Search, in a new report.

“Interestingly, there may not be anything in our lives that is more foundational to both business and personal relationships than trust and yet, for most of us, we have never really thought about what builds trust and what diminishes trust,” said Mr. Harding. “It seems almost like that sixth sense – an intuition that either protects us or exposes our vulnerabilities.” When conducting a search for someone to take a leadership role for a client, CarterBaldwin consultants takes into consideration what the firm believes to be four critical components of a successful fit.

These elements include the skill-set the executive brings, the cultural match with the client, the executive’s aspirations as they align with the role and what CarterBaldwin calls “the trust factor” of the executive under consideration. “Most of our clients and nearly the entire search industry concentrate their efforts on finding the right skill-set, looking line by line on a resume to see if the candidate under consideration has completed tasks that would seemingly enable them to be familiar with the elements of the future role,” said Mr. Harding.

During the interview, questioning may be nearly entirely focused upon resume issues, skills and the candidate’s previous behaviors that might predict future success. “While a foundational skill-set is keenly important, we believe that it is the most easily solvable piece of the success equation and often distracts interviewers from even more important considerations,” said Mr. Harding.

Cultural fit, meanwhile, is likewise critical. “We believe that our culture is unique,” Mr. Harding said. “We have never met a client who did not feel similarly about their own culture, and we are all correct in believing that our organizational cultures are unique.” CarterBaldwin, he said, has learned to measure culture in five key areas:

Price Harding is a founding partner of CarterBaldwin, which has grown to be one of the 40 largest executive search firms in the U.S. He has been principal consultant on nearly 1000 successfully completed recruiting engagements for C-level leadership, officers, and directors for privately held and publicly traded companies. Mr. Harding also co-leads CarterBaldwin’s rapidly growing university and non-profit search practice.

“Aspirational alignment is the third consideration when we are assessing a candidate,” Mr. Harding said. “The candidate’s long term goals, not all of which are career oriented, must match the geography and the general trajectory of the role under consideration.”

“After culture fit, I have long believed that our fourth component of fit, what we call the trust factor, is the most important consideration in executive hiring,” said Mr. Harding. “Not surprisingly then, it is also one of the most critical ingredients of an operationally functional leadership team… more important than knowledge, more important than corporate branding and even more important than talent.”

Related: The Expanding Role of Culture in Search and Succession

In thinking about measuring trust, it is essential to understand the baseline of trust, with people falling into two distinct camps. “Some people begin a new relationship on a platform of trust and continue trusting until some occurrence or action causes them to lose trust, and eventually mistrust,” said Mr. Harding. “Other people begin a relationship at a zero basis, not giving away trust until someone has given reason to believe that trust is warranted.”

In effect, some believe that trust must be earned, while others believe that trust may be given until distrust is earned. “When these two people meet for the first time, both may be equally trustworthy but connecting from diverse paradigms that may not be quickly able to trust each other – one because she does not trust without cause, and the other because the perceived lack of trust presents the first indication that an otherwise trustworthy person may not be as trustworthy as first perceived,” Mr. Harding said.

Mr. Harding shared a story from one of CarterBaldwin’s past clients, an international company, which wanted the firm to conduct a search for its North American president. “They flew in to meet with us and we began reviewing the criteria for their search,” he said. “As we began to discuss the cultural aspects of fit, we talked about the principles component of our cultural assessment. The VP of HR, an American, told me very clearly that the company had a flexible set of principles, confiding in me that if the new president was not comfortable lying to customers and employees on occasion that success would be elusive. In fact, it was over that very issue that the previous president had come to an employment-ending conflict with the CEO.”

“You can imagine our conundrum – we would be working diligently to align with our clients’ values to find a person that meets their culture, but how could we credibly search for a liar? If a candidate told us that lying was an acceptable business practice, could we believe them? I asked the VP of HR if we would have trouble collecting our fee from this international company and she assured me that we would not…but was she lying? We decided we could not accept this search.”

The first signal in measuring trust comes from listening to what someone actually says about themselves. “If someone tells you that they will tell untruths, although it may seem counter-intuitive, they are not lying,” said Mr. Harding.

Another way people may verbalize a lack of trust is less direct, said Mr. Harding.  In response to a direct question, some clients have said, “I like to keep my cards close to my vest.” This is another way of saying, I don’t yet trust you, Mr. Harding said.

“A third, more frequent and more disturbing indication is when someone clearly tells you one thing and gives another person a conflicting version of the same incident,” he said. “You can often immediately comprehend their motivation for self-interest, but the conflict sends a message of distrust that cannot be ignored.”

Conversely, when someone shares something that seemingly conflicts with their own best interests, credibility is the result. “This is one aspect of authenticity,” said Mr. Harding. “When I asked one job candidate what she might consider a weakness in herself, she smiled at me and said strawberry milkshakes. It was a very clever answer, but it did not make me think that the personal strengths she later listed were necessarily credible.”

What Are the Traits of an Ideal Executive?
From biotech and machine learning to cryptocurrencies and ride-sharing, our economy is in a state of flux. As such, it’s critical to recruit executives that possess the right qualities to steer businesses through uncharted waters. The best leaders have a strong portfolio of future-oriented and change-ready skills that enable them to keep responding to fluctuating market demands.

“On the other hand, another candidate once told me that he struggled with a general lack of follow through on major projects and had developed a system of technical reminders and administrative accountability to compensate for that deficiency,” he said. “He was able to describe his system to me sufficiently to give me confidence that he had entrusted to me an area of weakness. When he shared his strengths with me, his earlier authenticity gave me reason to trust him.”

Related: How Recruiters ‘Close the Deal’ With Job Candidates

Over time, organizations generally develop a culture of trust or a culture of mistrust. “We at CarterBaldwin strive for an environment of 100 percent trust,” Mr. Harding. “Not only does it make our company a better place to work, but we frankly believe it is the number one reason for enhanced productivity. We have noticed that any time a gap of trust occurs, it creates an exponentially negative impact on productivity as extra efforts are required to fill those trust gaps.”

Trust gaps may occur in nearly every relational situation, but nowhere are they more obvious and more damaging than in your company. “People feel that they cannot trust a co-worker or a boss, and so they build email files for the purpose of protecting themselves from insinuation or accusation at some future point,” said Mr. Harding. “They BCC each other, building a passive-aggressive intent around an otherwise innocuous event or project. This mindset was the reactionary development to many environments where trust was neither built nor expected.”

A second measurable aspect of trust is the alignment of words and deeds. When someone fails to meet basic commitments, said Mr. Harding, they betray any trust we have given them and make it more difficult to trust them in the future.

A third measurement of trust is transparency. “In all reality, transparency and authenticity in general conversation is a very strong platform for trust,” said Mr. Harding. “When someone tells you that they have made a mistake, dropped a ball, or made a wrong decision, it becomes easier to trust them, at least to a point.”

Mr. Harding mentioned a woman that CarterBaldwin placed as VP of quality with a client many years ago who told him, “You cannot improve what you cannot measure.” She also said that anything that can be measured could be improved.

“Measuring trust is not just about the good feelings that come from working in a trusting environment,” said Mr. Harding. “It is about establishing ever increasing levels of corporate productivity. When a team of people approaches that ideal of a fully trusting environment, they are able to harness all of their energies and direct them into moving the business forward on behalf of their clients or customers. In that trusting environment, minimal energy is lost to protecting personal vulnerability, covering for mistakes, and allocating blame.”

Related: 24 Ways to Work with an Executive Recruiter