Menu
View our Events
Stay Connected:
Worker confidence ebbed in the second quarter, according to a just-released report. Feelings about job security were on the upswing, but hope for a promotion or a raise, along with trust in a company’s leadership, all headed downward. Let’s take a closer look and try to figure this one out. 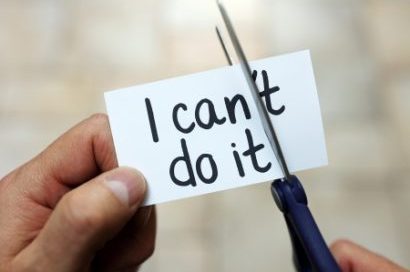 September 22, 2017 – Despite an uptick in the American labor force’s sense of job stability, the Worker Confidence Index dropped “significantly” by 7.9 percent for the second quarter of this year, according to a quarterly report by HRO Today magazine and Yoh Recruitment Process Outsourcing. The index dipped from 107.6 for the first quarter to 99.7.

The decline marks the end of five consecutive quarters of growth, and drops the index back to the same level as the end of the second quarter of last year.

The Worker Confidence Index, as designed by HRO Today and Yoh, consists of four components that measure U.S. workers’ perceptions about employment security: job stability, likelihood of promotion, likelihood of a raise and trust in their company leadership. Job security, which climbed 4.5 points in the second quarter, was the sole driver to show an increase.

“Workers may not be worried about the state of their jobs right now, but they are questioning their potential for growth at work,” says Larry Basinait, vice president of market research, SharedXpertise, publisher of HRO Today. “They are feeling stable in their jobs, and that could be due in part to our economy’s improved GDP (gross domestic product) growth. But, when it comes to receiving a promotion or a raise, individuals of all ages are lacking an overall confidence.”

The U.S. GDP grew at an annual rate of 2.6 percent in the second quarter of this year, according to the advance estimate of the Bureau of Economic Analysis, versus 2.1 percent for the first quarter.

“Despite the growth of the markets during the past year, the results of this Worker Confidence Index show that company revenues and success do not directly correlate with employee sentiment,” said Andy Roane, vice president of recruitment process outsourcing for Yoh. “That’s something leadership should place an extra focus on as we continue into the second half of 2017.”

Of the 3,000 workers who responded to the online survey, 9.2 percent in the second quarter said they felt likely to lose their job, said the report. That was 2.5 percentage points fewer than for the first quarter. Both men and women expressed greater job security since last quarter, with the percentage of males expecting to lose their job falling from 13.7 percent to 10.5 percent. For females, the percentage went from 9.9 percent to 8 percent.

The workers showing the greatest concern about job loss over the next year were those with an annual household income of less than $35,000, at 10.9 percent, down one percentage point from the first quarter. Those appearing most secure with staying employed were in the $100,000-and-above range, with just 6.9 percent showing concern about job loss. That fell from 13.4 percent earlier this year. “This sharp decline suggests that respondents with higher income are more confident in their job stability than in the previous quarter, similar to findings from one year ago,” said the report.

“These results reinforce the correlation between age, income, and feelings about job security,” said the report.

The other categories, however, were less sanguine. Optimism about the likelihood of a promotion dropped by 4.1 percentage points, going from 22.2 percent in the first quarter to 18.1 percent three months later. The likelihood of a promotion index, meanwhile, fell to 93.7 in the second quarter, 21.4 points fewer than the first quarter, which was 115.1.

What Drives Employee Satisfaction
Across today’s business landscape, organizations face numerous obstacles as they deal with the complexities of a 21st century workplace. Managing, and anticipating change, is now part of the common survival process of every organization.

The results also showed a downward trend when employees were asked about the chances that they would receive a raise of more than three percent at their next review. For the second quarter, 27.8 percent of the respondents said they expected such a raise in salary, down three percentage points from the first quarter. Between quarters, the likelihood of a raise index fell from 112.7 to 101.6, close to its level of one year ago.

Trust in company leadership, for its part, also showed a decline among respondents, from 44.7 percent to 43.2 percent. The trust in leadership index fell from 103.4 in the first quarter to 100. The good news is that it was up by 4.8 points from a year ago.

Matt Albanese, CEO of the Everest Group, an executive search firm that specializes in supply chain, distribution, logistics and transportation, said that he has not seen a drop in worker confidence in regard to his clients. “Absolutely not,” he said. “There is a talent shortage to the tune of one qualified candidate (management) for every three positions, with forecasts suggesting in three to five years it will be one for every six jobs. Why? Analytical, systems (WMS, TMS, YMS) and critical thinking requirements have accelerated. This whole world has become a math and systems challenge moving at light speed.”

In regard to the bigger picture, Mr. Albanese said a number of factors may be to blame for the decline. “What we do hear on a broad spectrum is concern about the political tension domestically/ internationally and domestic safety and security and the potential impact on executives jobs,” he said.

HRO Today magazine and Yoh have been working since 2014 to produce an index that measures U.S. employment security from the perspective of employees, the companies said.  Most indices – such as the Consumer Confidence Index, Gallup’s Economic Confidence Index, the Bureau of Labor Statistics’ Job Openings and Labor Turnover Survey (JOLTS) or United States Consumer Sentiment – focus more on macro metrics, the companies said. The Worker Confidence Index is designed to weigh attitudinal measures of those employees.