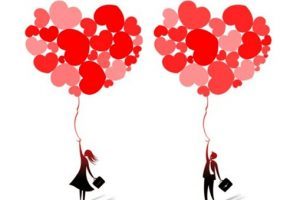 May 12, 2016 – More U.S. workers are satisfied with their jobs than at any time since 2005, according to new report issued by the Society for Human Resource Management (SHRM).

“What a difference a few years — and an improved economy — make in how workers view their jobs,” said Evren Esen, director of SHRM’s survey programs and author of the report.

Not surprisingly, as the economy has remained relatively stable over the last couple of years, organizations may have found themselves being able to reintroduce incentives and perks that had been reduced or eliminated as a result of the Great Recession. Conversely, employees have more flexibility to seek out employment opportunities that better fit their needs rather than remaining in a position for its job security. Forty-five percent of employees reported that they would be likely or very likely to look for other jobs outside their current organization within the next year.

Not Just About Pay

Respectful treatment of all employees at all levels was rated as very important by 67 percent of employees, making it the top contributor to overall employee job satisfaction for the second year in a row. Its second consecutive appearance at the top of the job satisfaction contributors list supports the theory that although employees do place importance on financial features such as pay and benefits, they consider culture and connection to be more important.

Moving from the fifth position to fourth was job security, with 58 percent of employees citing it as very important to their job satisfaction; this aspect has moved around the five principal job satisfaction influencers since 2002.

“As the economy stabilized after the recession, employers began to focus again on factors that impact retention and employees found flexibility to seek out more compatible positions if they were ready to move on to new challenges,” Ms. Esen said. “The result: workers are happy with their jobs.”

“Employees consider culture and connection to be of utmost importance,” Ms. Esen added. Feeling appreciated for their time and efforts creates an obvious and lasting bond between employees, management and their organization, she surmised.

What do these findings mean for organizations? The SHRM report says this:

Employees still value culture, but compensation is increasing in importance. There is some evidence that after an extended period of wage stagnation, compensation is starting to improve for more workers. But this trend is not widespread and perhaps explains why more employees have ranked overall compensation / pay as very important for determining job satisfaction. HR professionals’ recruitment and retention strategies should be balanced with competitive compensation and a workplace culture that promotes respect.

Workers’ priorities are often similar across generations, but strategies should not reflect a one-size-fits-all approach. In what has become a challenging time for managing talent of all levels, HR professionals are frequently leveraging their organizations’ benefits as a means of recruiting and retaining high-performing employees. The results from this survey show that Millennials, members of Generation X and Baby Boomers all place a high level of importance on overall benefits when determining job satisfaction. However, they value a few other aspects of their jobs differently. Millennials (88 percent) placed greater importance on career development opportunities than Baby Boomers did (76 percent). As the proportions of Millennial and Baby Boomer workers in the labor force shift in the future, HR professionals should be aware of different factors that engage employees of all generations.

Employees want to feel valued and included. Employers should encourage constant communication and feedback among employees at all levels of the organization. Workers of all career levels and generations place high value on compensation- and benefit-related factors when determining job satisfaction, but non financial factors also weigh heavily in employees’ satisfaction with their careers. At least half of respondents to this survey found a variety of these factors to be very important, including trust between employees and senior management, relationship with immediate supervisor, and feeling safe in the work environment. By fostering a workplace environment that emphasizes communication, respect for others and collaboration among workers at all levels, HR professionals can expect higher levels of engagement from their employees.

With compensation still valued highly among employees, many feel the best way to gain a higher salary is ultimately through a new job.

More than half of employees globally (56 percent) believe they must switch companies in order to make a meaningful change in their compensation, according a study released by Glassdoor.

In addition, multiple reports have found that employees are willing to switch jobs in the coming months in order to achieve higher pay.

And with hiring remaining competitive, companies themselves may be feeling increased pressure to stay competitive with compensation.

Check Out These Related Articles On Pay and Performance: