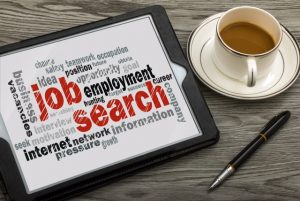 The study found that the busiest job search day during the quarter for the Fortune 100 was ‪January 30, while the most active job search activity day for the middle market occurred later in the quarter falling ‪on March 13. It should be noted that the busiest job search days for both groups fell on weekends, tracking data that could lead companies to perhaps reconsider the timing of when to publish new job listings.

As expected, the slowest job search behavior pattern days of Q1 fell near the New Year holiday. For both groups, the slowest day was ‪January 5th following a New Year’s long weekend.

Setting Their Sights On New Jobs

For Gen Xers, presumably this is attributed to the fact that they are in the life stage that may include raising children, paying off loans and mortgages, and saving for college and retirement, which can lead to risk aversion. Record breaking months of job growth may finally have given this generation the confidence to make a career move.

Boomers are also more likely to have financial obligations and may feel less risk averse in today’s market. Entry level employees for both the Fortune 100 and middle market registered the most significant rises in job search activity for this generation when compared to last year. This may be due to more economic confidence, but it may also be attributed to access to affordable healthcare under the Affordable Care Act, which makes these Boomers less likely to hold onto one job simply for the healthcare coverage. Some of the Boomer activity may also be attributed to people seeking ‘encore careers,’ or roles that are less about financial gain and more about greater personal meaning and social impact in the later years of life.

The study is based on data gleaned from the Joberate platform, which monitors an individual’s digital footprint to establish job seeking activity. It tracks up to 6,000 data points from publicly available data sources including social media, public job boards and sources licensed by authorized data service providers like Twitter’s GNIP.

Other reports have found that employees have their eyes set on new positions. Twenty one percent of workers plan to look for new jobs this year, reports a study by Penna. The research found that employees aged 18 to 24 were the most likely to be planning a move this year, while 25 percent of those aged 25 to 34 are considering leaving their posts.

While job seekers have stepped up their efforts to find new employment, it comes at a time when many companies looking for new talent.

According to the latest Manpower ‘Employment Outlook Survey,’ released by ManpowerGroup, 23 percent anticipate of respondents plan to increase staff levels. “Although employers have been increasingly cautious for the last three quarters, the U.S. hiring outlook is among the strongest globally, and we expect to see modest improvements in the labor market throughout most of the country,” said Kip Wright, senior vice president of Manpower in North America. “This is good news for job seekers and organizations.”

Eighty four percent of HR leaders say they are hiring for full-time positions, according to a recent report by recruiting services company LaSalle Network. The survey also found that 70 percent of respondents feel optimistic about the economy for the remainder of 2016. Leaders within the healthcare, technology, and education industries were more optimistic about their hiring plans.

In addition, U.S. employers generally are remaining confident in their hiring plans. According to CareerBuilder’s annual job forecast, 36 percent of employers are planning to add full time, permanent employees in 2016.

Check Out These Related Articles On Finding Talent:

As Employee Turnover Grows, Talent Shortage Remains Problem... What It Takes to Make the Right Match Recruiters Leveraging More Tools to Engage Candidates Why Finding Effective Leaders Remains a Challenge What Companies Are Looking for In Younger Workers