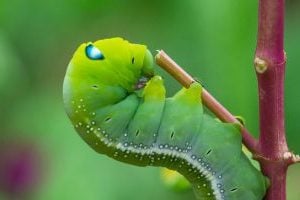 June 3, 2016 – Employers only added 38,000 jobs in April as the U.S. unemployment rate fell to 4.7 percent, according to the most recent U.S. Bureau of Labor Statistics report. While this sharp slowdown marks the fewest number of jobs created in more than five years, the unemployment rate now stands at its lowest mart since November 2007. The number of workers unemployed fell by 484,000 to 7.4 million.

This report follows the addition of 215,000 jobs in March and an unemployment rate of five percent.

Economists were anticipating payrolls rising by 164,000 in May and the unemployment rate falling to 4.9 percent.

During the month, job growth occurred in healthcare while mining continued to lose jobs.

The report follows mixed expectations emanating from employers throughout the U.S.

Eighty-four percent of HR leaders say they are hiring for full-time positions, according to the recent report by recruiting services company LaSalle Network. The survey also found that 70 percent of respondents feel optimistic about the economy for the remainder of 2016. Leaders within the healthcare, technology, and education industries were more optimistic about their hiring plans.

According to the latest Manpower Employment Outlook Survey, stable but moderating hiring plans among U.S. employers is expected for the second quarter of 2016. The report says only 22 percent of companies anticipate increasing staff levels during the quarter. This represents a two percent increase from the first quarter and unchanged from the same period a year ago. Four percent of employers expect workforce reductions, but an overwhelming majority of respondents, 72 percent, expect no change in hiring plans. (The final two percent of employers are undecided about their hiring intentions).

Despite today’s report then, U.S. employers generally are remaining confident in their hiring plans. According CareerBuilder’s annual job forecast, 36 percent of employers are planning to add full time, permanent employees in 2016.

And with companies expecting to hire, employees have their eyes set on new positions. Twenty-one percent of workers plan to look for new jobs in 2016, according to a new study released by Penna. Forty-eight percent of people claimed the main reason for the change was that they were searching for better pay and benefits. Another 44 percent said it was down to the promise of greater development opportunities, while 32 percent said they were simply looking for a change in career direction. Penna’s survey found that employees aged 18 to 24 were the most likely to be planning a move this year, while 25 percent of those aged 25 to 34 are considering leaving their posts.

Check Out These Related Articles on Hiring Trends: