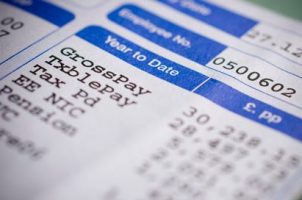 May 3, 2016 – Employers appear to be reacting to a tightening labor market by boosting wages to retain talent, this according to recruiters, talent acquisition professionals and the recently released ADP Workforce Vitality Report.

“Year-over-year wages grew substantially for job holders in the first quarter of 2016, rising from 4.1 percent in Q4 2015 to the current 4.6 percent,” said Ahu Yildirmaz, head of the ADP Research Institute. “This may be a signal that continued employment growth is leading to a smaller pool of available talent, in turn motivating employers to increase wages to retain experienced workers.”

Wage growth for full-time job holders accelerated in every industry in the first quarter, with the exception of natural resources and mining. The highest acceleration occurred in information, where the growth increased by 0.8 percentage points from last quarter on a year-over-year basis.

The status of the job a worker switches from matters. If the change is from a full-time job to another full-time job, across all industries except natural resources and mining, switchers experience moderate to high growth in their hourly wages.

On the other hand, moving from a part-time to a full-time job across the industries generally resulted in a decrease in hourly wage. This may reflect that, when switching from part time to full time, the availability of benefits, more hours leading to increased take home pay and the stability of a more permanent job weigh more heavily than the hourly wage alone.

Despite wages being up, it’s no wonder workers still seem to feel that they need to change jobs to get a decent pay raise.

Overseas, more employees in France (64 percent) feel they must switch jobs to obtain meaningful compensation changes than those in all other countries surveyed except Germany.