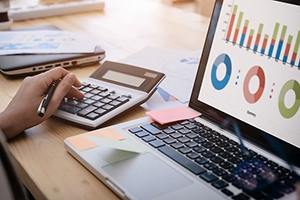 “We delivered solid gross margin growth in the fourth quarter, with growth in every product line, including permanent recruitment, temporary contracting, recruitment process outsourcing and talent management,” said Stephen Nolan, CEO at Hudson. “We are pleased to report positive adjusted EBITDA for the sixth consecutive quarter as well as positive cash flow from operations. For the 2017 year, we delivered revenue and gross margin growth, significantly improved adjusted EBITDA and positive operating cash flow.”

In three transactions, Hudson Global recently entered into definitive purchase agreements with strategic buyers to sell its recruitment and talent management operations in Europe and Asia Pacific. The company intends to focus on its growing global recruitment process outsourcing (RPO) business going forward. Under the terms of the agreements, the company will receive estimated proceeds of $41.2 million in cash, subject to adjustment.

The proposed deal covers Hudson Global operations in the U.K., France, Spain and Poland as well as a network of franchise operations in Denmark, Sweden, Norway, Czech Republic, Ukraine and Slovakia. Established in 2013, Morgan Philips Group has offices in the U.S., Europe, Latin America, the Middle East and Asia. It provides executive search, permanent and temporary recruitment, interim management and talent management. The acquisition will create a combined business with a turnover of 130 million euros with 600 employees in 20 countries, according to industry sources.

The transactions are expected to close in the first half of this year, subject to the approval of the majority of the outstanding shares of Hudson and satisfaction of customary closing conditions, said the company.

While it remains to be seen how shareholders will react, Hudson’s stock has seen a wave of activity in recent months. Zacks Investment Research recently raised shares of Hudson Global from a “strong sell” rating to a “hold” rating. In addition, major shareholder Sagard Capital Partners, L.P. sold 1.1 million shares of the stock in a recent transaction. The shares were sold at an average price of $1.80, for a total value of $1.98 million. The sale was disclosed in a filing with the Securities & Exchange Commission. Currently, just 12.2 percent of the stock is owned by company insiders.

Shares in Hudson fell 2.55 percent to $1.91 upon release of its earnings. The company has a current market cap of $59.7 million. Given the expected timing of the pending sale transactions, the company will not provide guidance for the first quarter of 2018.