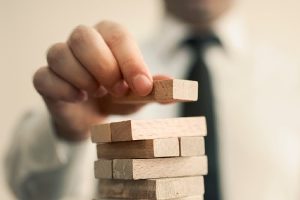 June 20, 2018 – Nashville, TN-based the Human Capital Group has expanded with the addition of healthcare veteran Paul Cleckner as managing director. Mr. Cleckner brings more than 25 years of senior operating and leadership experience in healthcare and technology. Most recently, he served as chief operating officer of Saint Thomas Health and prior to that was VP of operations for the eastern group at LifePoint Health.

In the early part of his career, Mr. Cleckner led the global operations of three technology-based financial services companies for Standard & Poor’s and later served as the global managing director of technology for Deloitte’s global audit practice. He then transitioned into major leadership roles within healthcare at Emdeon. Throughout his career, Mr. Cleckner has led and worked with senior leadership teams to help them turn industry transformational trends into opportunities that improved operational, clinical, financial, and human capital outcomes, said the Human Capital Group.

“We are blessed to have Paul join our firm,” said Steve Hayes, senior partner. “Given his expertise within healthcare and technology, and his dedication to our mission and guiding principles, he is already adding considerable value to our firm and customers.”

Launched in 2000, the Human Capital Group is an executive search and leadership consulting firm. It has completed more than 800 searches for a wide variety of senior roles across multiple industries. The firm is also a member of Cornerstone International Group, a global network of executive search and leadership development specialists with 67 offices in 35 countries.

A number of search firms have been looking outside of the recruiting industry as of late to find new consultants and leaders. Here’s a look at some firms that have recently tapped new talent from outside the recruiting world culled from the Hunt Scanlon Media archives.

Zurich-based Momenta Partners expanded with the addition of Laura Westby as partner. Ms. Westby has more than 20 years’ experience driving commercial arrangements, strategic counsel and corporate development in deep technology sectors. Previously, she was with Syngenta, where she held multiple roles.

Kirby Bates Associates recently expanded with the arrival of veteran chief nursing officer Judy Hayes as vice president of executive search and interim leadership. Ms. Hayes described her experience as a nurse leader as perfect preparation for her role at the Bala Cynwyd, PA-headquartered recruiter.