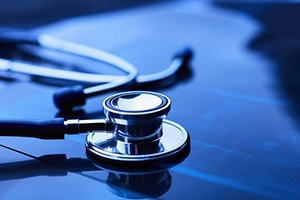 Ms. Hayes described her experience as a nurse leader as perfect preparation for her role at the Bala Cynwyd, PA-headquartered recruiter.

“Matching culturally complementary candidates to our client organizations is a natural extension of my passion for excellent patient experiences and high-quality care,” she said.

Ms. Hayes previously served as vice president of patient care services and chief nursing officer at Brigham and Women’s Faulkner Hospital, a Partners Healthcare member. Before that, she was director of professional practice quality and staff development, director of utilization and care management, and held other leadership roles at hospitals throughout the region.

During her career, Ms. Hayes developed special expertise in creating new systems and roles for facilitating the nursing department’s adoption of new technology as well as new clinical roles. She also won national recognition for patient satisfaction and quality results. Ms. Hayes is board certified in nursing executive administration by the American Nurses Credentialing Center and is a member of the Organization of Nurse Leaders for Massachusetts, Rhode Island, Connecticut and New Hampshire and Vermont, and the American Organization of Nurse Executives. She also serves as a member of the editorial board for Dimensions of Critical Care Nursing.

“Judy brings a broad network, keen insights and problem-solving skills to the Executive Search and Interim Leadership teams at Kirby Bates,” said Doris Sinkevich, executive vice president of interim leadership, and Jane Fitzsimmons, EVP for executive search, in a statement. “As a former CNO, Judy has walked in our clients’ shoes and she has firsthand success in building strong leadership teams.”

Karen K. Kirby, president and CEO of Kirby Bates, said Ms. Hayes has a background that corresponds well with the firm. “Like each of her Kirby Bates colleagues, Judy’s educational, clinical, leadership and philanthropic background is rooted in healthcare leadership,” she said. “Judy’s experience, skills and network are a great fit as we continue our work to support healthcare organizations in achieving high quality, cost-effective patient care by providing exceptional healthcare leaders and a continuum of proven solutions.”

Founded in 1988 as Bates & Associates by two leading nurse entrepreneurs, Kirby Bates Associates has been continuously owned and operated by nursing executives. Ms. Bates assumed the CEO role in 2003. She has over 30 years of diverse healthcare administration and consulting experience and has held top-level nursing and hospital administration positions in the U.S. and abroad.