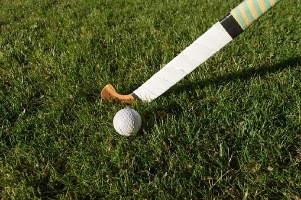 Mr. de Nooijer is one of the most celebrated and decorated field hockey players in the world. He participated in five Olympic games and won several Olympic, world, European and national titles. He made history when the International Hockey Federation named him World Hockey Player of the Year in 2003, 2005 and 2006. Prior to joining McDermott & Bull Europe, Mr. de Nooijer held roles at VODW and Clifford Chance.

“The dynamic nature of the sports industry makes it increasingly more important that companies have the right senior leadership team in place to navigate through new developments and changes,” said Milo Zegerius, managing partner of McDermott & Bull Europe. “With Teun, we have a specialist on our team who can serve clients in finding the best executive talent within this fluctuating environment.”

“Throughout my sports career and as a coach, I have always been in the business of creating and being a part of winning teams,” said Mr. de Nooijer.  “Now as a principal consultant at McDermott & Bull Europe, I’m able to apply that experience and play a vital role in creating high-performing executive teams for our clients.”

McDermott & Bull is the 29th largest executive search firm in the Americas, where it serves clients in the technology, financial services, manufacturing, biotech & life sciences, retail and professional services sectors.

The firm recently named Brandon Biegenzahn as its new president. Mr. Biegenzahn has been one of the top producers at McDermott & Bull for several years and leads the firm’s financial institutions practice. In his role as president, he plays a critical part in the onboarding and mentoring of new principal consultants at McDermott & Bull as the search firm sets out on an ambitious expansion of its business in the U.S. and overseas

Bob Casey, the former CEO and captain of London Irish RFC, has joined the EMEA sports practice at Korn Ferry as a senior client partner. Based in the firm’s Dublin office, Mr. Casey is expected to help expand its sports business, as well as sit across the CEO, board, retail and consumer practices.