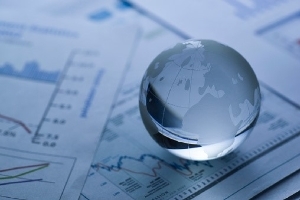 March 27, 2018 – Zurich-based executive search firm Momenta Partners has expanded with the addition of Laura Westby as partner. She will assist the firm in growing the advisory, executive search and ventures business globally from offices in Basel, Switzerland and Minneapolis.

“It is a good sign when a business of our size needs the structural and operational skills that Laura brings to drive scale,” said Ken Foster, managing director of Momenta Partners. “It is a great sign when we are able to attract such talent as Laura to do so. I’ve had the privilege of working with her in the past, and am thrilled to have her as part of the Momenta team.”

Ms. Westby said her decision to join Momenta was twofold. “Firstly, it’s great to be working again with someone of the caliber of Ken and knowing that the team he would surround himself with would be of an equally high caliber, and wanting to be part of and contribute in a high-functioning, cross-functional team environment,” she said. “Secondly, I have a keen interest in being a growth partner for connected industries and technologies.”

Momenta provides executive search services to the connected and digital transformation industries. It serves a wide range of clients, ranging from Fortune 500 leaders to venture-backed innovators. The firm has completed board, CEO, EVP, SVP, VP and director searches across all functions, within major vertical markets and on every continent. Its clients include Schneider Electric, Accenture, SIGFOX, Savi Technology, MiX Telematics and Eurotech Inc., among others.

Last fall, Momenta expanded into Silicon Valley with the addition of Danny Yu, who assumed the role of partner, Silicon Valley and western U.S. The firm also has locations in New York, Boston, Washington, D.C., Miami, Atlanta and San Francisco.

A number of search firms have been looking outside of the recruiting industry as of late to find new consultants and leaders. Here’s a look at some firms that have recently tapped new talent from outside the recruiting world culled from the Hunt Scanlon Media archives.

Kirby Bates Associates recently expanded with the arrival of veteran chief nursing officer Judy Hayes as vice president of executive search and interim leadership. Ms. Hayes described her experience as a nurse leader as perfect preparation for her role at the Bala Cynwyd, PA-headquartered recruiter.