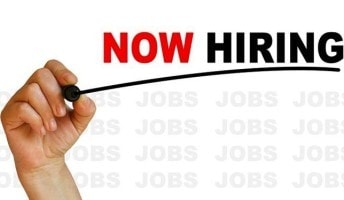 October 14, 2015 – Confidence in the U.S. labor market continued to climb among HR professionals this year, with 69 percent reporting a confidence level not reported for six years. According to the just released ‘Jobs Outlook Survey’ from the Society for Human Resource Management, the forecast represents the highest level of optimism among HR professionals since the survey was launched in 2009.

More than half (51 percent) of HR executives reported they were somewhat optimistic about job growth in the U.S., and another 18 percent were very optimistic and anticipated job growth during the next few months as the year winds down. That 69 combined percent represents an increase from the second half of 2014, when a combined 64 percent of respondents expressed some level of optimism about job growth.

In another sign of optimism, more than four out of five HR professionals (85 percent) had positive views on their organizations’ financial health.

HR professionals’ optimism, however, varied depending upon organization sector. Respondents from the government were the most confident at a combined level of 79 percent. Those from the non-profit sector had the lowest combined level of faith in the job market at 59 percent.

The SHRM report examines hiring and recruiting trends based on an annual survey of more than 600 public- and private-sector human resource professionals who have a role in staffing decisions. Survey respondents represent all sizes of companies in the U.S.

And yet talent acquisition professionals on both the buy and sell side report they are ‘challenged’ to find qualified people to hire. “The talent shortages are being reported across the U.S., in the U.K., and in parts of Asia, according to samplings of economic reports compiled by Hunt Scanlon Media over the last three months.

And despite two months of poor job reports, various studies by leading recruiting companies show growing hiring optimism in the coming months, much like the SHRM report.

Manpower’s latest Employment Outlook Survey reported that U.S. employers are predicting the strongest fourth quarter hiring blitz since the final quarter of 2007. A Bloomberg BNA survey on hiring projections and job security trends found that employment trends are pointing to an expanding workforce.

Overseas, particularly in the U.K., similar findings can be found. CareerBuilder’s 2015 mid-year job reported that nearly half of employers say they are planning to hire full-time, permanent staff over the next six months.

Other reports, however, show more cautious hiring plans for the coming months. Business Roundtable’s third-quarter 2015 ‘CEO Economic Outlook Survey’ revealed that only 33 percent of chief executives expect their company’s U.S. employment to increase in the next six months and another 32 percent anticipate employment to decrease in the next six months, up from 26 percent in the prior survey.