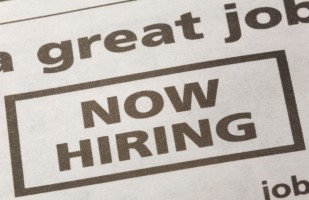 August 20, 2015 – There has been a significant drop in applications for management jobs, resulting in a growing challenge for U.K. businesses looking to fill managerial roles, according to data released by CV-Library, a U.K. independent job board.

The job site’s statistics indicate that June saw the biggest drop in applications for management roles since July 2014, suggesting that candidates are becoming increasingly selective in their job search. The figures reveal that job postings for management positions have risen by 14.4 percent year-on-year, yet applications for these roles have dropped by 16.9 percent in the same period, resulting in an overall deficit of 27.4 percent in terms of the number of applications per role.

This is concerning news for the U.K. employment industry as businesses seek to fill management jobs. While an employer could expect to receive 20 candidates per position in June 2014, comparable data for June 2015 shows that this number has reduced to just over 14, meaning businesses have less choice during the selection process.

“At a time when job hunters can afford to be more selective in their job search, the onus falls to U.K. businesses to do more to attract the right talent,” said Scott A. Scanlon, founding chairman and CEO of Hunt Scanlon Media in Greenwich, Conn.

“We have been reporting all summer that U.K. hiring trends look strong going full into 2016 as talent managers look to add strength to a number of functional disciplines, including those tied to technology and the Internet.” Hunt Scanlon has said that managerial jobs in social media, mobile technology, cybersecurity, and big data are just some of the positions job seekers should be focused on obtaining.

“Managerial roles are often filled internally in many U.K. businesses, but recently we’ve seen growth in the number of management job postings showing that employers are increasingly looking to recruit external talent for these jobs,” said Lee Biggins, founder and managing director of CV-Library. “Unfortunately, those most qualified in managerial roles are being increasingly selective in their job search. This, combined with concerns surrounding skills gaps, means U.K. businesses have a growing challenge on their hands.”

According to CareerBuilder’s ‘U.K. Mid-Year Job Forecast,’ 45 percent of employers polled are set to hire permanent, full-time staff and another 43 percent plan to hire temporary or contract workers while three in 10 (27 percent) of workers plan to change jobs in the next 12 months. “Despite slower-than-average job growth in the first half of 2015, many British employers continue to increase hires,” said Scott Helmes, managing director of CareerBuilder U.K.

Other recent reports mirror these findings. The latest JobsOutlook survey by the Recruitment and Employment Confederation (REC) found that 74 percent of employers intend to take on permanent staff in the U.K. during the next three months. Eight out of 10 (80 percent) respondents said that economic conditions in the country as a whole are getting better. And almost half (46 percent) expect hiring and investment to improve says the report.

“For workers the outlook is good. Starting salaries continue to rise as employers compete for talent, and permanent and temporary opportunities are available to those with the required skills and capability,” said Kevin Green, REC’s CEO. With candidates in short supply, said Mr. Green, employers need to think hard about how they attract job seekers.

Check Out These Related U.K. Articles: