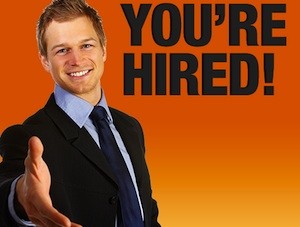 July 29, 2015 – Solid hiring prospects coupled with minimal risk of job loss will extend into the third quarter, according to the Bloomberg BNA survey on hiring projections and job security trends.

Reductions in workforces are expected to be rare in the third quarter with almost none of the surveyed HR executives expecting to eliminate positions. Job opportunities for technical and professional employees are especially strong, climbing for the third straight quarter to their highest point since 2008. Office/clerical workers expect to see moderate increases in their job opportunities while production and service employees’ prospects show little change from Q2. Hiring prospects for technical and professional workers remain especially bright, exhibiting strong and steady improvement after a brief setback in late 2014. Four out of 10 responding employers expect to hire additional employees during the quarter. This is up sharply from projections for the second quarter (34 percent) as well as a gain of 12 percentage points from the end of 2014. This marks the strongest job prospects for technical/professional candidates since Q2 of 2008.

Similarly, the percentage of non-manufacturing companies anticipating technical/professional growth (43 percent) climbed eight points from projections for the second quarter, to its highest point since the spring of 2008.

Job opportunities are expected to hold steady for production and service workers during the quarter, according to the survey, breaking from the up-and-down pattern observed over the previous five quarters. Roughly one in four surveyed employers (24 percent) expects to add production/service staff, virtually unchanged from projections for the second quarter (25 percent) and moderately improved from a year ago (20 percent).

Despite the lack of sustained growth in production/service opportunities over the past six quarters, hiring projections for that period still represent better production/service prospects than in 2013 and early 2014. Production/service job prospects remain strongest in manufacturing, where half of responding employers plan to hire additional production or service staff in the third quarter, compared with less than one in four non-manufacturing firms (23 percent) and very few non-business establishments (three percent), such as hospitals, schools and municipalities.

An Employment Outlook Survey by ManpowerGroup displayed similar findings, recording strong hiring intentions among respondents for the quarter. “U.S. employers have reported the same steady hiring plans throughout 2015, and the third-quarter results are no exception,” said Jonas Prising, CEO of ManpowerGroup. “We are seeing the signs of a healthy labor market, with the outlook improving compared to 2014. Although there is some variance in optimism across sectors, employers are focused on growth and adding to their workforces at a controlled rate so as not to face the consequences of over-hiring.” The report found that 12 of 13 industry sectors surveyed expect to hire new staff.

“Senior-level recruiting firms, particularly niche players in a variety of sectors including global risk & cyber security, media & technology, healthcare, retail, private equity and non-profit, among others, are reporting accelerating momentum,” said Scott A. Scanlon, founding chairman and CEO of talent tracking firm Hunt Scanlon Media in Greenwich, Conn. “This is typically when we might see the executive recruiting business slowing for the summer period. But not this year. Everyone is busier than ever. The improving economy is certainly lifting all boats at the moment.”