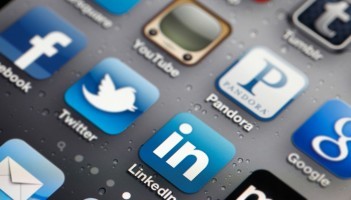 August 12, 2015 – Heading into the second of 2015, British employers and job seekers are feeling positive about recruitment in the coming months, with 45 percent of employers polled set to hire permanent, full-time staff, according to CareerBuilder’s ‘U.K. Mid-Year Job Forecast.’ Another 43 percent plan to hire temporary or contract workers while three in 10 (27 percent) of workers plan to change jobs in the next 12 months. “Despite slower-than-average job growth in the first half of 2015, many British employers continue to increase hires,” said Scott Helmes, managing director of CareerBuilder U.K.

“Employers are practicing cautious optimism. While they may not be hiring at the pace they have in previous years, they are continuing to add headcount in several areas in order to remain competitive in a slower market.”

The survey revealed some of the in-demand areas employers will be recruiting for as they prepare to enter the final four months of the year. Not surprisingly, these include a number of sectors highly leveraged to technology and the internet: social media, wellness, mobile technology, search or cloud technology, cyber security, content strategy for the web, the environment, managing and interpreting big data, and financial regulation.

CareerBuilder’s 2015 mid-year jobs forecast for the U.S. showed a similarly promising forecast — with nearly half of American employers (49 percent) saying they are planning to hire full-time, permanent staff over the next six months, while one third (34 percent) plan to hire temporary or contract workers.

“This is creating a more competitive hiring environment,” said Scott A. Scanlon, CEO of Greenwich, Conn-based talent tracking firm Hunt Scanlon Media. “And that is having a positive impact on wages and the labor force participation rate. We expect to see continued strength in hiring trends well into 2016, as talent managers look to add strength to a number of functional areas within their organizations.”

Both the U.K. and U.S. national surveys were conducted online by Redshift Research on behalf of CareerBuilder.uk and included representative samples of hiring manager responses and over 1,000 full or part time worker responses across multiple industries and various company sizes.