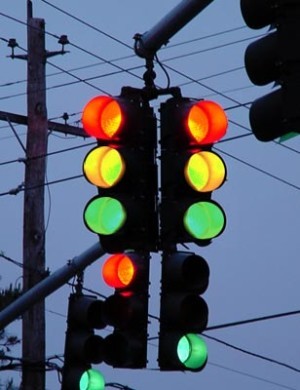 October 9, 2015 – The U.S. unemployment rate held steady at 5.1 percent for the second month in a row as the most recent U.S. Bureau of Labor Statistics report revealed significantly weaker than anticipated job gains in September. Total employment increased by 142,000 during the month, less than the 200,000 economists had predicted. Currently 7.9 million remain unemployed in the U.S.

And yet talent acquisition professionals on both the buy and sell side report they are ‘challenged’ to find qualified people to hire. “The talent shortages are being reported across the U.S., in the U.K., and in parts of Asia, according to samplings of economic reports compiled by Hunt Scanlon Media over the last three months.

“Every aspect of the September jobs report was disappointing,” said Michelle Girard, an economist at RBS Securities. “While these data do not shake our confidence in the ongoing health of the U.S. economy (i.e. we are not worried about the U.S. economy slipping into recession), these results will give the Fed pause and it raises the hurdle for action this year.”

The healthcare sector added 34,000 jobs in September. Hospitals accounted for 16,000 of the jobs gained in September, and employment in ambulatory health care continued to trend upwards (+13,000).

Employment in information increased by 12,000 during the month and has increased by 44,000 over the year while the professional and business services sectors continued to grow (+31,000). Computer systems design and related services (+7,000) and legal services (+5,000) also were up in September.

Employment in mining continued to decline in September (-10,000), with losses concentrated in support activities for mining (-7,000). Mining employment has declined by 102,000 since reaching a peak in December 2014. Employment in other major industries, including construction, manufacturing, wholesale trade, transportation and warehousing, financial activities, and government, showed little or no change over the month.

Alan Ruskin, a strategist at Deutsche Bank, said the data “pretty much ends thoughts of October being ‘live’ — but it is too early to bury December tightening hopes completely.”

Nonetheless, two weak reports starts to show lost growth momentum, and that — when coupled with market volatility and recent tightening of financial conditions — makes a tightening story difficult to tell.

Manpower’s latest Employment Outlook Survey reported that U.S. employers are predicting the strongest fourth quarter hiring blitz since the final quarter of 2007. A Bloomberg BNA survey on hiring projections and job security trends found that employment trends are pointing to an expanding workforce.

Overseas, particularly in the U.K., similar findings can be found. CareerBuilder’s 2015 mid-year job reported that nearly half of employers say they are planning to hire full-time, permanent staff over the next six months.

Other reports, however, show more cautious hiring plans for the coming months. Business Roundtable’s third-quarter 2015 ‘CEO Economic Outlook Survey’ revealed that only 33 percent of chief executives expect their company’s U.S. employment to increase in the next six months and another 32 percent anticipate employment to decrease in the next six months, up from 26 percent in the prior survey.