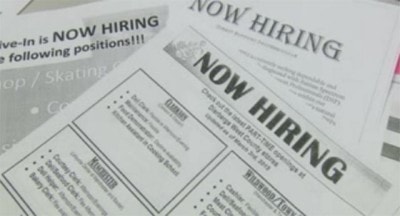 September 14, 2015 – Starting next month, U.S. employers are predicting the strongest fourth quarter hiring blitz since the final quarter of 2007, according to the latest Manpower Employment Outlook Survey. Globally, evidence is mounting that workforce gains remain patchy at best, amid signs that the pace of economic recovery continues to be slow and uneven outside North America. Hiring plans among U.S. employers are the most upbeat; only employers in India, Taiwan and Japan report more optimistic intentions to add to payrolls. Employers in Romania also anticipate strong hiring, while the weakest—with negative hiring intentions—are reported in Brazil, Italy, France, Greece and Finland. Not surprisingly, Chinese employers, while still positive in their hiring intentions, expect to add staff at the slowest rate in more than six years.

Of the more than 11,000 U.S. employers surveyed, one fifth, or 21 percent, anticipate increasing staff levels in the fourth quarter; just six percent of employers expect workforce reductions. Seventy-one percent of employers expect no change in hiring plans and two percent are undecided about their hiring intentions. Once seasonal variations are removed from the data, the net employment outlook stands at a favorable +18 percent, improving by two percentage points from last quarter and three percentage points ahead of last year at this time.

“But as the labor market tightens, employers are increasingly telling us they are having difficulty finding skilled candidates – a situation not helped by the low labor participation rate,” he added.

Scott A. Scanlon, chairman and CEO of Hunt Scanlon Media, said the talent supply and demand imbalance that Manpower reports is becoming a front and center concern for a number of companies that remain locked in growth mode or are about to kick into an improving cycle. “We’re seeing more concern among chief executives that talent availability might not be keeping pace with rising need,” said Mr. Scanlon. Lack of spending in employee training programs is one reason cited, he said. “Whether we see an eventual tipping point, and a full blown talent crisis, remains to be seen. But I wouldn’t rule it out.”

CEOs and CHROs surveyed by Hunt Scanlon analysts seem fixated on the talent shortage problem. Few seem to know whether it will mushroom into something bigger and more widespread than a temporary inconvenience. “Clearly, a sense of urgency is building around the thought that the pockets of talent shortages companies are now experiencing here and there might have wider ramifications impacting competitiveness, profitability and the overall health and well being of the global economy. Will the talent imbalance rectify itself with time, that’s the $64,000 question we’re being asked most,” said Mr. Scanlon.

Whatever the case, employers asked by Manpower have a positive outlook in all 13 industry sectors included in the survey, with leisure & hospitality (+27 percent), wholesale & retail trade (+21 percent), professional & business services (+20 percent) and transportation & utilities (+20 percent) employers reporting the strongest intentions to hire. Construction, financial activities, professional & business services and transportation & utilities report the most optimistic intentions since the survey moved to reporting 13 industry sectors in 2009.

Employers in India and Taiwan report the strongest hiring plans across the globe, while employer confidence in Japan is growing steadily – with job seekers benefiting from the most optimistic forecast reported since the first quarter of 2008. Employer optimism continues to dwindle in Brazil, sinking to its least optimistic level since the survey was launched there in 2009 after more than four years of gradual decline. Chinese employers anticipate modest growth in staffing levels during the coming quarter, reporting a net employment outlook of +five percent. However, the outlook in this region is the weakest reported since Q3 2009, declining by eight and four percentage points from Q3 2015 and Q4 2014, respectively.

“The global labor market is uneven as countries and regions show varying degrees of intent to hire in the fourth quarter, illustrating the lack of widespread momentum,” added Mr. Prising. “Political uncertainty and economic difficulties have a dampening effect on employers’ intentions to increase their workforces. As a result, employers are remaining guarded on hiring until they sense more meaningful indicators of a market upturn.”