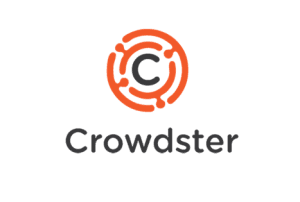 October 14, 2015 – Lloyd Executive Search has recruited Joe Ferraro as chief executive officer of Crowdster. Mr. Ferraro brings to the Crowdster team a long history of sales and marketing success, including 20 years in the telecommunications industry and over a decade working in business process outsourcing where he managed Fortune 50 companies.

He has worked alongside non-profits in addition to holding extensive leadership roles, allowing him to understand the environment these organizations are working in and the importance of fundraising. He formerly served as VP and chief operating officer of SkyTel.

“Following an extensive search process, led by Jerry Angowitz, a managing director of Lloyd Executive Search, Joe has already demonstrated he is the right person to lead the company,” said Ted Smith, managing director at Canrock Ventures, a major investor in Crowdster. “His combination of energy, drive and keen understanding of what is important to non-profits, make him a perfect fit.”

Lloyd Executive Search specializes in senior leadership recruitment and the placement of interim professionals for projects, consulting engagements and change-management transitions. Clients range from startups to multi-billion dollar corporations, across all industries and verticals. The firm concentrates on board directors, C-suite executives and functional leadership roles.

Peer-to-peer networking platforms have become increasingly important in today’s business climate, with many companies leveraging this type of technology to implement employee referral programs. According to “The Impact of Successful Employee Referral Programs,” issued by iCIMS, Inc., employee referrals are the most significant source-of-hire for employers, yet only two-thirds, or 63 percent, of employers currently have a documented referral process in place.

Technology to support recruitment and tracking for referred candidates was cited as one of the biggest opportunities for improvement in iCIMS’ study. Characteristics for a successful programs include creating a quick and simple internal referral process and timely recruitment communication with referrals.

One startup that is helping companies fill job openings through crowdsourcing and monetary incentives – the latest twist that takes employee referrals to an entirely new level – is ReferralMob. Launched in June, the mobile and Web app company has $500,000 in cash rewards in its coffers to help recruit employees at Massachusetts-based companies. To date, those companies have awarded close to $6,000 to users who help the companies fill job openings.

ReferralMob is backed by $1 million from undisclosed investors and its founders; it is considering expansion to other cities later this year.

“ReferralMob is designed to capitalize on the positive impact that referrals can have and make them easier to facilitate by leveraging the power of crowdsourcing,” said Scott A. Scanlon, CEO of Greenwich-based Hunt Scanlon Media. The company also makes sure that people get paid for referring successful hires. After someone refers a colleague, friend or acquaintance to a job, he or she can split up the check once they’re hired.

Crowdsourcing — enlisting the services of a number of people via the Internet by outsourcing tasks to a broad, loosely defined external group of people — has become somewhat of a global phenomenon. The term was first coined nine years ago by Wired magazine author Jeff Howe, who suggested that crowdsourcing encouraged the best qualified and most creative participants to join in on a project.

Wikipedia, the collaboratively written and edited online encyclopedia, is widely considered to be one of the best known examples.

“Crowdsourcing is the next evolution of social media platforming in the talent space,” said Mr. Scanlon. “It has the potential of revolutionizing the hiring process at every single level, from entry level jobs to senior level corporate positions, because we all know somebody, and that’s the beauty and the power of crowdsourcing. Everyone joins in. Crowdsourcing is, for all intents and purposes, an employee referral system on steroids.”