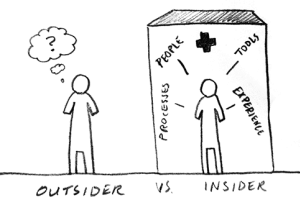 November 13, 2015 – Russell Reynolds Associates has recruited Stephen Smith as president and chief executive officer of Maine-headquartered L.L. Bean. He replaces Chris McCormick who has served as president and CEO since 2001 and is retiring in three months. He will be the fourth president in L.L. Bean history and the first outsider to lead the company.

Mr. Smith has extensive background in the retail industry, experience that spans customer relationship management, strategy, brand development, marketing, and merchandising across all channels. He currently serves as Walmart’s chief marketing and merchandising officer in China. Mr. Smith has ties to Maine, having worked there when he led marketing efforts for Portland-based Resort Sports Network and Hannaford Supermarkets from 1997 through 2003.

“We are very pleased with the selection of Steve Smith as our next president,” said Shawn Gorman, L.L. Bean board chairman. “Hiring a CEO who embodies the values of Bean was a top priority for the family and the Board, and I am confident we have done just that. He has a deep understanding of and appreciation for customer needs, and multichannel retailing, which is well aligned with our approach here at L.L. Bean.”

L.L. Bean is a leading retailer of outdoor gear and apparel. Founded in 1912 by Leon Leonwood Bean, the company began as a one-room operation selling a single product, the Maine Hunting Shoe. Still family owned, its chairman, Mr. Gorman, is the great grandson of Mr. Bean. The company had $1.6 billion in sales last year and has more than 5,000 workers.

Russell Reynolds Associates’ board and CEO practice is co-led by Charles A. Tribbett and Justus O’Brien. The team comprises former and sitting directors of public company boards, leadership and management consultants, as well as legal, governance, regulatory and communications experts.

The L.L. Bean chief executive placement follows on the heels of the recent appointment Edward D. Breen joining DuPont as its new CEO. It is the first time the company will be led by someone who isn’t a DuPont or has a long history with the organization. That search was led by rival Heidrick & Struggles.

Why do companies with long established brands, healthy businesses and seemingly infinite bench strength suddenly turn outside for guidance? Many recruiters say it comes down to the psychology that salvation rests in the hands of an outside savior.

The good news: not every company thinks this is the case. Last year, according to the Conference Board, just 22 percent of incoming S&P 500 chief executives were recruited from outside an organization’s own ranks. That is slightly down from the most recent peak of 27 percent, which was reached on 2012. But it is still far above historical figures: in the 1970s, just eight percent of S&P 500 CEOs weren’t found in-house.

So what’s changing? According to Noel Tichy, a professor at the University of Michigan’s Ross School of Business, few topics related to CEO succession arouse as much debate as the perennial question of whether outsiders or insiders are the answer to transforming companies.

“Some corporate governance experts and management watchers are vehement fans of homegrown leaders,” he said, “while others are agnostic, believing every situation is different.” Still others, he said, believe that only a fresh-eyed outsider can bring deep and fundamental change to a company.

“After decades of advising CEOs and boards, it’s my belief that every outsider selection, no matter how much it’s portrayed as a coup in the press or pumped up by executive recruiters, is in reality the archetype of failure.” Bringing in an outsider is evidence that the board, the CEO and the CHRO didn’t perform the first responsibility of their jobs: building a leadership pipeline that produces ready leaders at all levels of the organization.

Others say there is not enough attention paid to the succession process, and the interconnected relationships between the CEO, the CHRO and the board of directors. “When companies get it right, it’s usually because those three have effectively collaborated on their leadership development programs,” said Mr. Tichy.

When it comes to planning for the next CEO, boards should focus less on finding a superstar from the outside—one who is often riskier, costlier and far more disruptive—and more on guiding a process that ensures it has the right bench of well-groomed veterans who’ve been cultivated from the inside.

Nevertheless, companies in trouble, in need of a turnaround, or just chugging along the right path benefit from experienced outsiders who bring fresh perspectives. In L.L. Bean’s case this probably can’t hurt. The company is coming off a record year as it prepares for the largest number of store openings in its history.

Check Out These Related Articles on Russell Reynolds Associates: