Menu
View our Events
Stay Connected:
With departure of Tricia Stitzel, the Orlando, FL-based company must find a new leader to steer its transformation in the digital age. The vacancy only adds to the shortfall of women leaders at publically traded companies. Let’s go inside the search. 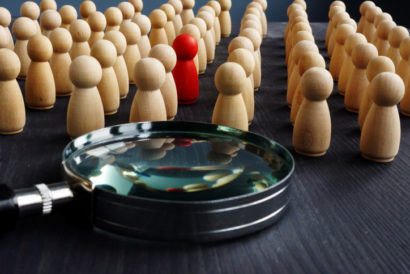 November 18, 2019 – Competition among consumer companies has never been fiercer. Customers are shopping in new and sometimes non-traditional ways as mass market retailers offer designer goods, brick and mortar staples are available on-line and venerable brands spin off agile brand extensions. Consumer companies are also keen to capitalize on the potential of emerging and high growth markets. All this makes it more important than ever for businesses to have the right leaders in place.

Recently, executive recruiters at Heidrick & Struggles were enlisted by Tupperware Brands Corp. in Orlando to lead its search for a new CEO. Tricia Stitzel recently stepped down from the role.

“I want to thank Tricia for her contributions to Tupperware as CEO, including her passion and drive in developing and launching the global growth strategy to transform the business through digital change and consumer focus, her successful efforts to recruit experienced global leaders, and her strong commitment to empowering women through economic opportunities,” said Susan M. Cameron, lead director of the board and non-executive chairman. “We wish her the very best in the future.”

“It has been an honor to lead a company known around the world for helping women gain the confidence they need to enrich their lives,” said Ms. Stitzel. “I have been fortunate to be part of the Tupperware community for the past 22 years, and am confident that Tupperware will be a beloved brand for many years to come.”

Christopher D. O’Leary, an independent director of Tupperware, is serving as interim CEO while Heidrick identifies and evaluates qualified candidates.

“Chris has been an incisive and thoughtful contributor to the board, and we are grateful that he has agreed to step into this role at an important time in Tupperware’s transformation,” Ms. Cameron said.

Tupperware Brands Corp., with an independent sales force of 3.1 million, is a leading global marketer of products across multiple brands utilizing social selling. Product brands and categories include design-centric preparation, storage and serving solutions for the kitchen and home through the Tupperware brand. Beauty and personal care products fall under the Avroy Shlain, Fuller Cosmetics, NaturCare, Nutrimetics and Nuvo brands.

As consumers demand more transparency, brand engagement and sustainability, Heidrick’s consumer markets practice provides counsel to clients in a wide variety of consumer sectors; the firm represents some of the world’s most recognizable brands. Since 2008, Heidrick & Struggles’ retail and apparel team have conducted more than 1,300 senior-level and board director assignments for the retail, fashion and luxury goods industries.

Women in the C-Suite

Ms. Stitzel’s departure from Tupperware Brands marks one less woman CEO at a publically traded company. Despite the advances women have made in today’s workplace, they still account for just a small share of top leadership posts. That’s true in politics and government, academia, the non-profit sector and particularly business.

Women held only about 10 percent of the top executive positions (defined as chief executive officers, chief financial officers and the next three highest paid executives) at U.S. companies last year, according to a Pew Research Center analysis of federal securities filings by all companies in the benchmark Standard & Poor’s Composite 1500 stock index. And at the very top of the corporate ladder, just 5.1 percent of CEOs of S&P 1500 companies were women.

In addition, only 651 (11.5 percent) of the nearly 5,700 executives under the CEO level (positions such as chief operating officer and CFO) were women. Although this group in general constitutes a significant pool of potential future CEO candidates, the women officers Pew Research identified tended to be in positions such as finance or legal that, previous research suggests, are less likely to lead to the CEO’s chair than other, more operations-focused roles.

“The lack of diversity in senior leadership roles is a perennial issue that requires a long-term lens,” said Tory Clarke, partner and co-founder of Bridge Partners. “If we work on the assumption that a private sector organization can see the business imperative behind a diverse leadership and an inclusive culture (which, shockingly, data shows is not a given assumption, even today) they can retain executive search firms to ensure that every new hire to the leadership team maximizes the opportunity to diversify – but this is a short-term solution.”

The longer-term and sustainable solution, she said, lies in talent development and retention. “The finding by Pew that women are mainly positioned in functional leadership roles that tend not to lead to the CEO’s chair is not a new one but is key to the challenge,” she said.

So what can be done? Ms. Clarke said that organizations must take care to seed their CEO candidate pool with women, “not by simply finding the most senior women in their organization and identifying them as potential but unlikely CEO successors (which is simply window-dressing), but by turning the equation around and ensuring that the pipeline to roles that are most suited to CEO succession are populated with women, and that those women both want to be the next CEO, and are retained and developed in a way that ensures they stick around for the opportunity, when it arises.”

Ms. Clarke said that “sounds like a simple solution but you would be surprised how many organizations look at diversity in succession planning as a numbers game, rather than considering five to seven years ahead how to make sure that, at any given time – crisis or planned succession – the CEO pipeline is diverse by every measure.”