Menu
View our Events
Stay Connected:
Europe and the Americas lead growth at the nation's No. 3 executive search firm as the company consolidates its consulting and cultural shaping business units. Let's go inside the latest figures. 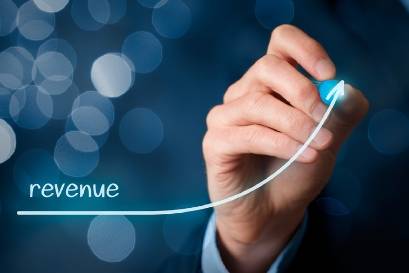 Progress has also been made, Mr. Rajagopalen said, in integrating the firm’s leadership consulting and culture shaping operations into a new business, Heidrick Consulting. The goal, he said, is to provide a cohesive suite of services that will allow clients to accelerate their performance at the leader, team and organizational levels.

“We have seen the market for consulting services across talent, leadership and culture continue to evolve and grow rapidly,” Mr. Rajagopalen said. “Heidrick Consulting will offer leadership services in leadership assessment & development, organization & team effectiveness, and culture shaping, all as a full complement to its core executive search business.”

“In addition to helping our clients around the globe identify and develop top leadership talent, we equip leaders with the skills, tools and insights to inspire and lead transformational change that delivers on their organization’s purpose,” Mr. Rajagopalan said. “Our consultants draw from deep expertise in human behavior and organizational culture combined with data-driven solutions grounded in empirical research.”

Several hedge funds and other institutional investors have modified their holdings of Heidrick stock over the last several quarters. JPMorgan Chase & Co. lessened its stake by 15.9 percent, according to its most recent disclosure with the Securities and Exchange Commission. The fund owned 270,440 shares of Heidrick’s stock after selling 51,100 shares during the past quarter. JPMorgan owned about 1.44 percent of the recruiter’s worth $5,882,000 as of its most recent SEC filing. Royce & Associates recently increased its holdings in Heidrick by 107.1 percent. It now owns 1,549,800 shares of the firm’s stock worth $33,708,000 after acquiring an additional 801,336 shares in the last quarter.

Heidrick expects fourth quarter consolidated net revenue of between $150 million and $160 million. This forecast is based on the average currency rates in September and reflects, among other factors, management’s assumptions for the anticipated volume of new executive search confirmations, Heidrick Consulting assignments, the current backlog, consultant productivity, consultant retention and the seasonality of its business.

“Our quarterly results have historically been quite variable, but results for the first nine months of 2017 reflect a clearer picture of our performance,” said Mr. Rajagopalan. “Executive search revenue increased 8.2 percent, leadership consulting revenue increased 29.2 percent, and our adjusted operating margin, as defined above, improved to 7.3 percent for the first nine months of 2017.”

“We have stabilized the culture shaping business and are building a scalable foundation for Heidrick Consulting while driving to achieve operational efficiencies and a better trajectory of profitable growth,” he said. “We see good opportunities to grow executive search by focusing on growth markets and healthy economies where we should have a larger presence, like our acquisition in Copenhagen.”