Stay Connected:
Nation's No. 1 leadership provider reports solid fiscal Q1 results across the board. Its executive search and RPO recruiting businesses both up more than 10 percent, while growth slows in the company’s Hay Group business. Let's go inside the world’s largest search outfit’s latest figures. 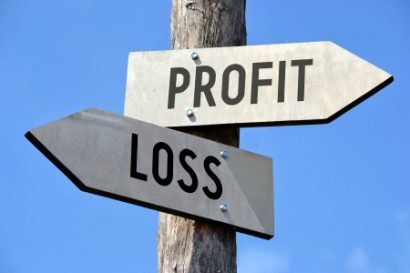 Korn Ferry’s executive search revenue was $161.2 million for the quarter, an increase of 10.1 percent compared to last year.

If you think Ezayo only posts jobs from the VP and Director level on down, think again. 25 CHRO postings are about to come live, but here’s the first one. Grab the top HR job for The University of Texas Medical Branch (UTMB). Serve as CHRO on all aspects of HR management including recruitment, OD, & training performance management. Apply Now!

“I am pleased to report fee revenue of $401.3 million, up almost seven percent year over year (almost eight percent on a constant currency basis), for our recently completed first quarter,” said CEO Gary D. Burnison. “Profits were also strong, with diluted earnings per share and adjusted diluted earnings per share of .51 and .55 and adjusted EBITDA of approximately $59 million.” All three of the company’s business lines experienced growth.

“We are making substantial investments in our operations and offering progressive solutions for the talent and organizational challenges faced by our clients,” Mr. Burnison said. “Our company stands at the intersection of talent and strategy and more than ever we’re helping our clients drive performance through their people.”

Korn Ferry continued to return capital to stockholders during the quarter, paying $5.8 million in dividends and repurchasing $4 million worth of its outstanding shares. As of Sept. 5, the cumulative share repurchases since the program started last October amount to $57.4 million, which equates to almost two million shares. On Tuesday, the firm declared a quarterly dividend of .10 per share, payable on Oct. 13 to stockholders of record on Sept. 27.

A number of institutional investors have recently added to or reduced their stakes in Korn Ferry’s stock: State of Alaska Department of Revenue increased its stake in shares of the company by 78.8 percent recently, according to its most recent 13F filing with the Securities and Exchange Commission (SEC). The fund owned 11,334 shares of the business services provider’s stock after buying an additional 4,994 shares during the period. Alaska’s Department of Revenue holdings in Korn Ferry were worth $391,000 at the end of the most recent reporting period.

Korn Ferry expects revenue in the range of $412 million to $428 million for the fiscal second quarter. Its shares have climbed 13 percent since the beginning of the year. In the final minutes of trading on Wednesday, shares hit $33.20, a rise of 39 percent in the last 12 months.