Menu
View our Events
Stay Connected:
One of the nation's top executive search firms delivers its annual revenue report to Wall Street. Let’s dig into the numbers and review some of the comings and goings at the firm in recent months. 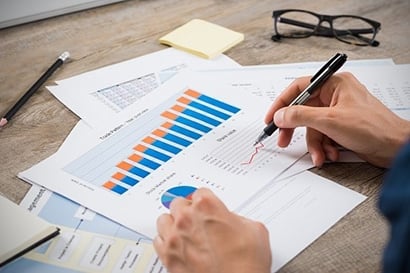 February 27, 2018 – Executive search, leadership consulting and culture shaping services provider Heidrick & Struggles International / (NASDAQ:HSII) posted global revenues of $621.4 million in 2017, a 6.7 percent increase from revenues of $582.4 million the year before. The Chicago-headquartered recruiter – the third largest in the Americas as ranked by Hunt Scanlon Media – reported a loss of $48.6 million, or $2.60 per share, on the year.

“Our record net revenue in 2017 was driven by the growth of executive search in all three regions and by leadership consulting,” said Krishnan Rajagopalan, president and CEO. “We also made significant strides in lowering the run rate of our general and administrative and business support expenses. These actions allow us to shift the focus of our capital to investments that support the growth of our businesses, including technology, while helping the firm achieve improved operating margins on a more sustained basis,” he said.

For the fourth quarter, the firm recorded revenues of $169.4 million, a gain of six percent from revenues of $159.8 million a year ago. Executive search net revenue increased 10.6 percent year over year, or $14.2 million, to $148.9 million from $134.7 million in the 2016 fourth quarter. All three regions contributed to growth in executive search. Net revenue increased 10.3 percent in the Americas region, 16.1 percent in Europe (7.8 percent on a constant currency basis), and 3.9 percent in Asia Pacific (2.5 percent on a constant currency basis). The four largest industry practices – financial services, industrial, global technology & services, and consumer markets – all contributed to growth in the fourth quarter.

Chief Diversity Officer Wanted at Midwest Healthsystem
A leading, nationally-recognized healthcare system in the Midwest is seeking a Chief Diversity Officer. The CDO will report to the president/CEO and will lead and support diversity, inclusion, cultural competency, and diversity-oriented workforce development initiatives. Apply on Ezayo!

Zacks Investment Research recently raised shares of Heidrick from a “hold” rating to a “strong-buy” rating and set a $28 target price for the company. One investment analyst has rated the stock with a sell rating, four have issued a hold rating and one has given a strong buy rating to the stock. The stock presently has an average rating of “hold” and a consensus target price of $25.33.

During the quarter, Heidrick recorded restructuring charges of $15.7 million related to strategic actions taken to reduce overall costs and improve operational efficiencies. The charges consist of employee-related costs, including severance, associated with a global workforce reduction of approximately 14 percent, professional services fees, and expenses associated with consolidating or closing three of its offices, one in each region.

Heidrick is forecasting first quarter 2018 consolidated net revenue of between $150 million and $160 million. “Market demand for executive search and leadership advisory services remains strong and we intend to improve on the record revenue we achieved in 2017,” said Mr. Rajagopalan. “The strategic actions that we have taken position us to execute our plan to drive profitable growth and operating excellence.”

Heidrick shares have increased almost four percent since the beginning of the year. In the final minutes of trading yesterday, shares hit $25.45, an increase of 18 percent in the last 12 months.

In January, a restructuring plan was revealed by Heidrick to reduce overall costs and improve efficiencies in its operations. The expected annual cost savings from the restructuring is expected to range from $11 million to $13 million. According to sources, the restructuring included Heidrick cutting its workforce of 1,600 employees by 60-70 people and closing two offices, one in the U.S. and one in Europe, and merging those operations into other offices.

The firm recently announced a series of changes to its leadership team. Mark R. Harris, joins Heidrick as CFO, succeeding Richard W. Pehlke who retires in March. Mr. Harris had been CFO at Hercules Capital, a publicly traded business development company, with responsibility for the finance, accounting, operations, treasury, legal and investor relations.

As previously reported, Randy Thorne left Heidrick as its chief marketing officer. Mr. Thorne departed the firm last month. A replacement has yet to be named and the position itself might be eliminated. Mr. Thorne had served with the Chicago-based leadership advisory firm since 2013. His duties included setting the firm’s marketing agenda, growing its brand, and developing client-centric marketing strategies.

Heidrick appointed Amy Goldfinger and Mike Theilmann as co-leaders of its global human resources officers (CHRO) practice, based in New York City and Dallas. This follows the departure of Dan Kaplan who left the firm to lead Korn Ferry’s CHRO practice.

Ms. Goldfinger has been with the firm for 11 years advising clients in HR transformation, accelerated leadership, talent management strategy and execution, leadership assessment and development, and onboarding. She leads senior level HR searches including CHRO, heads of talent management, heads of organizational development, chief learning officers, heads of rewards and heads of recruiting for companies in every industry.

Mr. Theilmann joined the firm last June with more than 25 years of global experience across retail, hospitality, consumer goods, and venture capital. He had served as CHRO of J.C. Penney where he partnered with the CEO to accelerate growth through talent and a customer-centric focus.

During the quarter, Heidirck also announced promotions leading to 21 new partners and 22 new principals globally. “These consultants share a track record of delivering exemplary client service, contributing to the firm’s strategic growth agenda and demonstrating the firm’s values in all that they do,” said Mr. Rajagopalan. The promoted consultants are based in 21 cities across 13 countries on six continents: