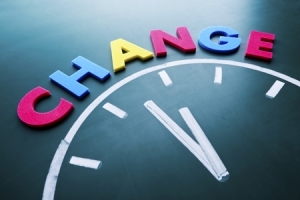 February 6, 2018 – Chief marketing officers are playing increasingly vital roles at executive search firms as search outfits continue to expand into new lines of business and evolve their brands. Korn Ferry, a leader in the talent space, has just added Jill Wiltfong as its new chief marketing officer. She will be responsible for global brand and marketing strategy and will be based in the firm’s Los Angeles office.

Ms. Wiltfong fills the role that was left vacant last March when Michael Distefano moved internally. Mr. Distefano, who is based in Shanghai, now serves dual roles as SVP/chief operating officer for Korn Ferry Asia Pacific and as president of Korn Ferry Institute. He is also a member of the firm’s global operating committee.

Mr. Distefano’s near 10-year tenure as CMO is considered rare and exceptional, since chief marketing officers serve the shortest terms of any functional member of the C-suite – from CEO and CHRO to CFO and CIO. In fact, Korn Ferry’s own research shows that CMOs last an average of just 4.1 years in their roles as businesses “fail to align” behind the change marketers often lead. Nevertheless, CMOs remain in high demand, report search consultants, and are often recruited to lead and oversee transformations.

For her part, Ms. Wiltfong brings to Korn Ferry over 20 years of marketing experience. She joins the firm from global industrial advisory DEKRA Insight, where she was most recently senior vice president and head of business innovation and strategic marketing. Prior to that, she held marketing roles at Ipsos and The Gallup Organization. She began her career as a television news anchor.

“Jill has a unique ability to devise innovative, global marketing strategies that shape the voice of a brand,” said Gary D. Burnison, CEO of Korn Ferry. “She is an expert marketer and corporate leader who has a successful track record of unifying companies from the inside out, bolstering client and employee engagement to achieve greater business outcomes. We are thrilled to have her lead us through this exciting next chapter of the Korn Ferry brand.”

What is unusual is when a company eliminates the chief marketing role altogether. As part of its continued restructuring plans first announced early last month, Randy Thorne has left Heidrick & Struggles as its chief marketing officer. Mr. Thorne departed the firm on January 15. A replacement has not been named and the position itself might be eliminated. Mr. Thorne had served with the Chicago-based leadership advisor since 2013. His duties included setting the firm’s marketing agenda, growing its brand, and developing client-centric marketing strategies.

Heidrick & Struggles Restructures to Lower Costs, Improve Efficiencies
A restructuring plan is underway at Heidrick to reduce overall costs and improve efficiencies in its operations over the next several months. The expected annual cost savings from the restructuring is expected to range from $11 million to $13 million.

Both cuts were seen as further moves at Heidrick to cut overhead and reduce a bloated staff of non-revenue producing employees in order to manage costs. Since assuming his role in July, the firm’s new president and CEO, Krishnan Rajagopalan, has noted on his quarterly calls with Wall Street that he and his team were in the process of examining every aspect of its organizational and cost structure to support investments and improve the firm’s profitability.

The primary components of that restructuring, according to the firm, include the elimination of two executive officer roles for a flatter leadership structure; general workforce reductions as the firm aligns its support resources; a reduction of real estate expenses and support costs by consolidating or closing three of the firm’s locations; and the acceleration of future expenses under certain contractual obligations.

The expected annual cost savings from the restructuring is expected to range from $11 million to $13 million and could include Heidrick cutting its workforce of 1,600 employees by upwards of five percent.

Heidrick is finalizing financial results for the fourth quarter and 2017, which it plans to announce on or about Feb 26.