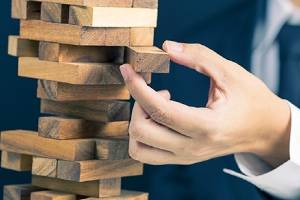 January 10, 2018 – A restructuring plan is underway at Heidrick & Struggles to reduce overall costs and improve efficiencies in its operations over the next several months.

The expected annual cost savings from the restructuring is expected to range from $11 million to $13 million.

According to sources, the restructuring will include Heidrick cutting its workforce of 1,600 employees by 60-70 people and closing two offices, one in the U.S. and one in Europe, and merging those operations into other offices.

“Since assuming my role in July, I have noted on our quarterly calls that we were in the process of examining every aspect of our organizational and cost structure to support investments toward our vision of becoming the world’s most trusted advisory firm as well as to improve the firm’s profitability,” said Krishnan Rajagopalan, president and CEO of Heidrick & Struggles. “Today’s announcement of a restructuring is an important step forward.”

The primary components of the restructuring, according to the firm, include: the elimination of two executive officer roles for a flatter leadership structure; a workforce reduction as the firm aligns its support resources to better meet operational needs and recognize synergies with the combination of leadership consulting and culture shaping; a reduction of real estate expenses and support costs by consolidating or closing three of the firm’s locations across the globe; and the acceleration of future expenses under certain contractual obligations.

In connection with the restructuring, Heidrick expects to incur pre-tax charges of about $15 million to $18 million. It plans to recognize these charges in the fourth quarter of 2017, the firm said. Substantially all of these charges will result in future cash expenditures.

“The market for executive search continues to be robust and we have positive momentum as a firm,” Mr. Rajagopalan said. “Fourth quarter 2017 consolidated net revenue was at the high end of the guidance we provided on Oct. 26, 2017 of between $150 million and $160 million.”

“In 2018, we will continue our transformation journey to become the premier advisor on executive search, leadership assessment and development, team and organization performance and culture shaping,” said Mr. Rajagopalan. “We are implementing many of the digital initiatives we started in 2017 to drive a premium client experience and we are forging ahead on other efforts to drive further growth and profitability.”

Separately, the company expects to record a non-cash impairment charge in the range of $6 million to $12 million in the 2017 fourth quarter to write off the carrying value of the goodwill and intangible assets related to its leadership consulting business.

Heidrick performs routine evaluations of its goodwill and intangible assets each year as required by accounting standards. Its current view of the performance of the leadership consulting business, as well as the uncertainty around the pace and timing of growth in profitability as the company invests in talent and service offerings, are among the factors resulting in the impairment, the firm said. This non-cash impairment charge does not impact Heidrick’s normal business operations, cash flow from operating activities, free cash flow, liquidity, or availability under its credit facilities, the firm said. In 2018, Leadership consulting is set to be combined with culture shaping as Heidrick Consulting.

Mr. Coar joined Heidrick in 2012 as associate general counsel. Most recently, he served on the leadership team for the firm’s Asia Pacific region, based in Singapore.

“Kamau has provided valued counsel to the business in Asia Pacific, and will bring a global perspective to his new role as our most senior legal advisor,” Mr. Rajagopalan said.

Heidrick is finalizing financial results for the fourth quarter and 2017, which it plans to announce on or about Feb. 26.